A foul odor believed to be permeating from the Dominguez Channel in Carson continues to plague Carson residents two weeks after the smell was first reported.

CARSON, Calif. - A foul odor believed to be permeating from the Dominguez Channel in Carson continues to plague Carson residents two weeks after the smell was first reported.

A number of different entities in Los Angeles County have investigated the odor, and officials said it is hydrogen sulfide, caused by drying organic matter. Officials said a lack of rain and discharges from the channel upstream may be the reason for the intense smell.

The Mayor of Carson, Lula Davis-Holmes, spoke with FOX 11 over the phone Tuesday. She said more than 300 residents are using the city's vouchers to stay in hotels outside of the city of Carson. The city is utilizing eight hotels in areas like Long Beach and at the LAX International Airport. 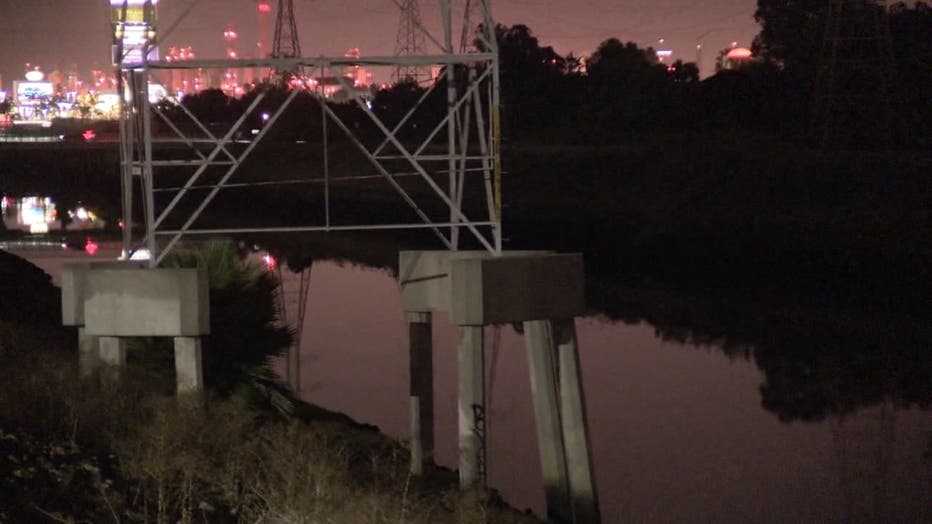 Residents like Monique Alvarez and her family are impacted by the smell. The family all lives on the same block in Carson, but has been separated due to the foul odor. Some of the family members are staying in hotels to avoid the odor that comes with side effects like headaches and a sore throat.

"I left my home because my body and my children's bodies were already reacting. You wake up choking at 2 and 3 a.m. You can tell something's wrong. There's danger in your home. You just can't see it," said Monique Alvarez.

Last Friday, crews began putting a deodorizer into the channel to diminish the smell. Crews will also be adding aeration devices to increase oxygen levels over the course of the next several months. The added oxygen is expected to help with the decomposition process of the organic matter in the channel. However, so far residents report a stronger smell.

"I have noticed an intensity of the odor. It does smell like there's an additional chemical that's being added. I'm hoping something works but it does smell stronger and the burning sensation is more intense now," said Monique.

Monique's family member, Angelita Saldana, has remained home because she said the city offered her a hotel stay at LAX. While the hotel location is too far for her to travel, she says the smell is overwhelming.

"I haven't been relocated so I'm at home but I'm not going to stay there tonight. I have to find somewhere else to stay tonight. I just have to because I'm not feeling well. I was at the ER this morning. My eyes, the blurriness. My throat with the itching and sneezing [are all symptoms]," Saldana said.

County officials said if the deodorizing process goes as planned, the smell should go away within three to five days. Residents are hopeful but wary officials will stick to that deadline.

"We need to have plans in place for catastrophes. They [officials] have not been very forthcoming and it's like the goalposts keep moving and we're trying to follow it and figure it out ourselves. I have a fourth-generation [living in Carson]. He's going to inherit this [property]. This is his home so we're fighting for our kids. We're fighting for our future. We have a legacy to protect and we have a future to protect," said Monique.

County officials are offering a reimbursement program for residents and businesses. The assistance is being offered through Oct. 21. Residents are advised to contact the County’s 211 help line for additional information or to visit the website.