LOS ANGELES - It was an emotional scene in Woodland Hills as at least a dozen friends and family members learned that their loved ones died due to a suspected drug overdose.

Around 7 p.m. Wednesday, family members of one of the victims arrived at the Eaves Woodland Hills apartment complex located near Victory and Topanga Canyon boulevards after they hadn’t heard from them.

After gaining access to the room, they discovered their loved one had died, along with two other men.

SkyFOX was over the scene a little after 9:15 p.m. According to the Los Angeles Police Department, three people were pronounced dead after a medical emergency. 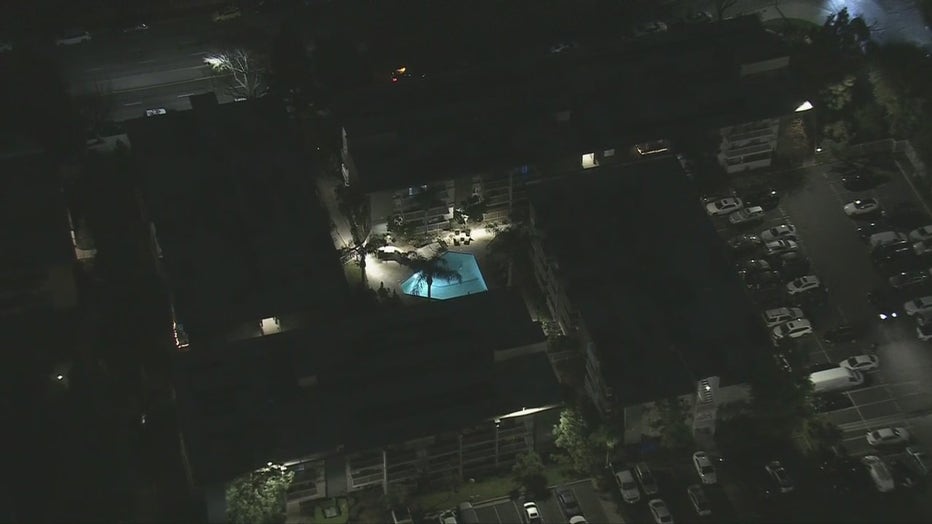 FOX 11’s Gigi Graciette could hear the screams of the wife of one of the victims as she tried to climb into the coroner’s van with the body of her husband and two other men. The three bodies were transported away from the scene around 3:30 a.m. Thursday.

Officials say a Fentanyl overdose is suspected and there were no scenes of foul play.