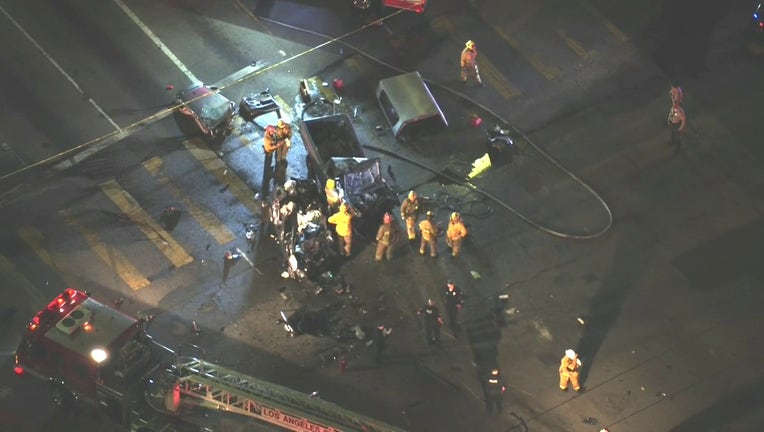 The Los Angeles Fire Department responded to a call of a crash in the 1700 block of North Avalon Boulevard a little after 8 p.m.

As of late Thursday night, officials have not released the identity of the two people killed in the crash.

The cause of the deadly crash remains under investigation.