Tyler Gordan's recent portrait of Kamala Harris has garnered him worldwide attention and a grateful phone call from the VP Elect, herself.

LOS ANGELES - Tyler Gordon,14, started painting freestyle portraits when he was just 10-years-old. His recent portrait of Kamala Harris has not only garnered him worldwide attention but he also received and a grateful phone call from the VP-elect herself.

The subjects of his portraits range from Civil Rights leader John Lewis to victims of police brutality such as George Floyd and Breonna Taylor. 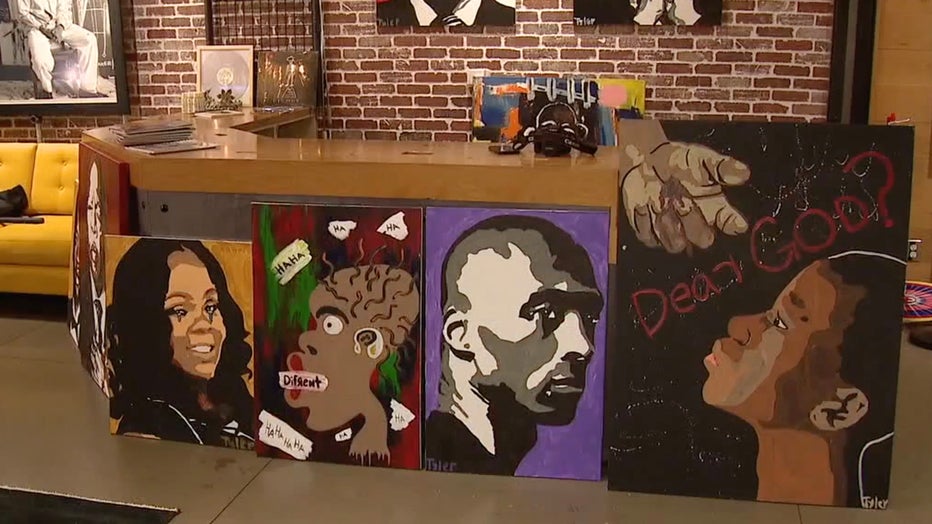 "My art helps me talk without speaking. I express my feelings and my emotions into my art, that’s why some people tell me when I paint, I make it so the art is like alive because I put all my emotions and feelings into it," he said.

Tyler recently painted a portrait of VP-elect Kamala Harris. She got word and reached out to Gordon directly.

"I’m overwhelmed with just the magnificence of your artistry, you really have a gift, my goodness," she said. 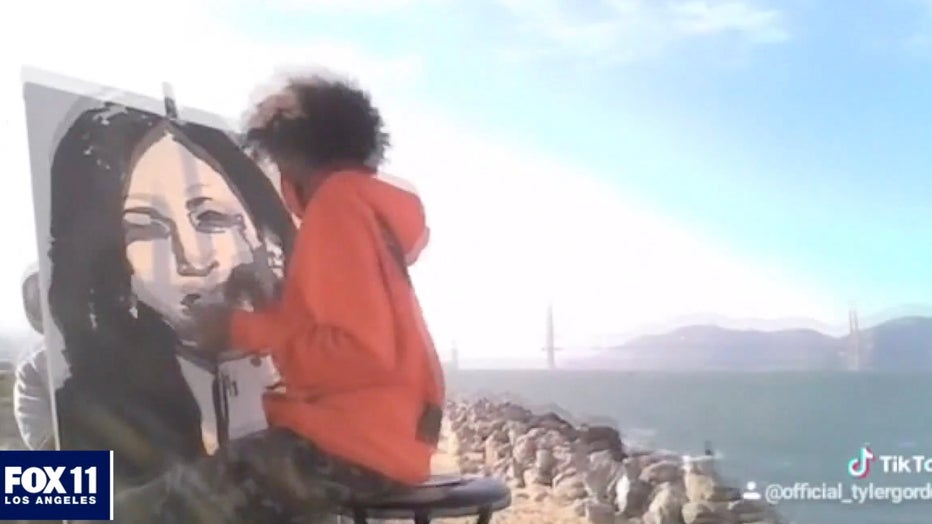 The young artist says his mom almost didn’t pick up the call because it was from a private number.

"When she called, I was in complete shock," he said.

He was shocked and over the moon because Tyler deeply admires Mrs. Harris.

"She’s one of the first of many. She broke through tons of barriers and me, myself, I’ve broken barriers with my stutter, me being deaf until I was six and me being in a wheelchair for two years," he said.

Those adversities also led to being bullied.

"I used to get bullied a lot from my stutter, I’ve been pushed and teased," he recalled.

But all of that is now in the past.

He remains focused on his gift and people in the art world are noticing.

"Art is about being raw and sharing your soul and so he really embodies that," Art Curator Robby Devine said.

Devine is a guest Curator of "Heirs To The Throne," a new art exhibit at the Beverly Center.

He says, "Heirs To The Throne is giving a voice to those who didn’t have a voice and shinning the light on artists that have the extreme talent that may have been overlooked."

All the pieces at the exhibit are from black artists; some well-known like Basquiat and newcomers like Tyler Gordon.

"I look around... this is really extraordinary art and just to have my paintings in here is a really amazing experience," he said.

Along with the Harris portrait, Tyler created one of President-elect Joe Biden who is someone who also inspires Tyler to be authentic.

"He also stutters and he’s not afraid to show his stutter and express his true self," Gordon said.

The one of Kamala Harris will be an auction item in January and it is expected to sell for a lot more.

But for Tyler, it's not about the money, it's about following his passion. "

I’m hoping to open my own personal art gallery and just have my art all over the world," he said.

Heirs To The Throne is open to the public at The Beverly Center.