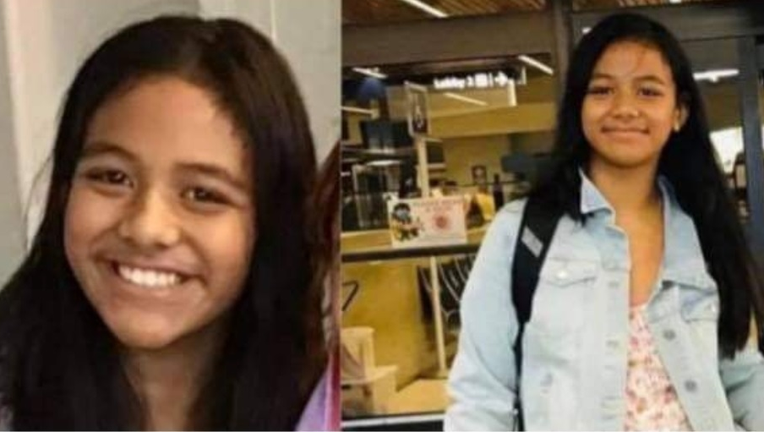 LOMA LINDA, Calif. - A desperate search came to an end after an 11-year-old girl who disappeared from her bedroom overnight in Loma Linda was found safe, authorities said Monday.

A desperate search Sunday night for a girl who disappeared from her bedroom in Loma Linda.

On Sunday, the San Bernardino Sheriff's Department and the family of Leativa Nua asked for the public's help in finding her. 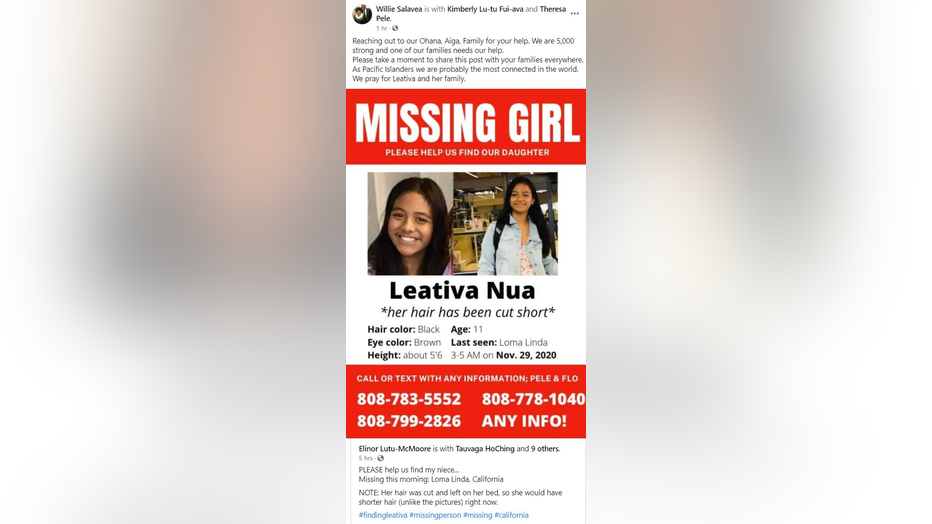 On Sunday at around 9:30 a.m.,11-year-old Leativaosalsai “Tiva” Lutu-Luapitosaua was reported missing by a family member, authorities said.

Tiva was last seen at approximately 1:00 a.m. in the 26000 block of Cornell Street in the city of Loma Linda.

Tiva's hair is a shorter length now than in the photos shown.

She was last seen wearing pink pajamas, but those were found in the residence and it is unknown what she wore when she left the house.

According to her family, they found Tiva's hair had been cut and scattered in her bedroom and a letter was left saying she was "going on her own adventure."

Her family believes the letter was not written by her and that she is not a runaway.

Leativa's family says she is well-behaved and this is out of character for her.

The family recently moved to California from Hawaii.

Officials did not release any details as to where or how she was found.

Callers wishing to remain anonymous may contact the We-Tip Hotline at 1-800-78-CRIME (27463) or may leave the information online at www.wetip.com.