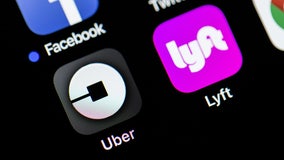 An appeals court has allowed ride-hailing giants Uber and Lyft to continue treating their drivers as independent contractors while an appeal works its way through the court.

Uber and Lyft are threatening to pull out of California by the end of the week if they are forced to classify their drivers as employees instead of independent contractors. 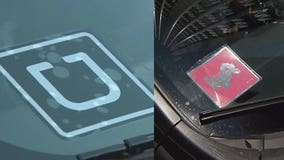 California's attorney general and local officials -- including the Los Angeles City Attorney's Office -- announced Wednesday they will seek a preliminary injunction to require Uber and Lyft to immediately stop classifying their drivers as independent contractors, as part of an ongoing battle over worker protections. 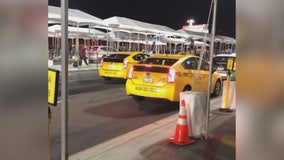 COVID-19 is changing the way we rideshare. 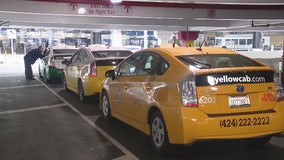 Tuesday was the first day of a 90-day experiment at LAX to try to give taxis better access to the passengers coming in and out of the airport. Starting at 8 am Tuesday taxis were positioned in parking structures in the central terminal.