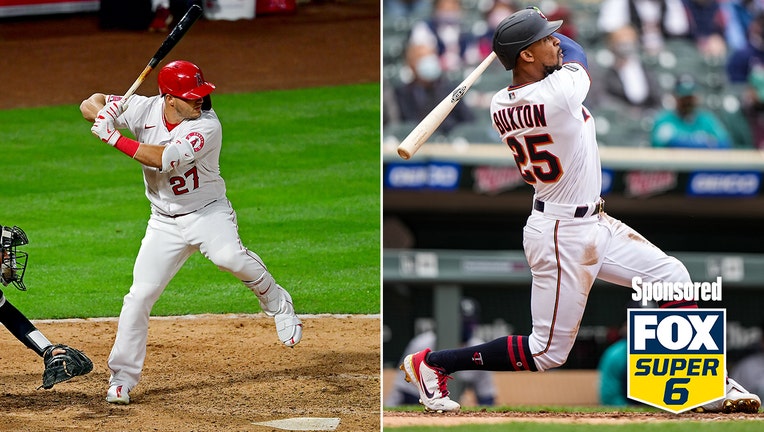 Any time that you can get an evening of Mike Trout at-bats as a baseball fan is a good evening.

And any opportunity to win some money on a Saturday night watching Mike Trout slug a baseball all over Orange County sounds like a great way to spend the weekend.

On FS1’s Saturday baseball marquee game this week, the sport’s premier player will be in the spotlight as the Los Angeles Angels of Anaheim will host Nelson Cruz, Byron Buxton, Josh Donaldson and the explosive Minnesota Twins lineup.

If you guess all six questions correctly in the FOX Super 6 Late Inning Challenge, you could win the $1,000 jackpot. It’s quick, it’s easy and best of all – it’s free! Just download the app to your phone or tablet to play today.

Before you start answering questions, here’s a little glimpse at what the two teams are up to heading into the weekend set.

As a team many expected to contend for the American League Central title, it has been a bumpy start for Minnesota. Thursday’s 4-3 win over the Boston Red Sox snapped a five-game losing streak for the Twins, who are 6-7 despite having outscored opponents by 13 runs so far this year. That run differential is the third-best in the American League behind Boston’s +23 and Chicago’s +16.

The Twins are Top 10 in just about every major offensive category and they are ninth in ERA (3.30) heading into Thursday night. Where has it gone wrong? Mostly in the bullpen, which has blown three saves while compiling a 1-5 record and 4.08 ERA.

Byron Buxton, however, has been the biggest storyline with five homers and nine RBIs in just 32 at-bats this year. He and Cruz form a middle-of-the-order that is as good as anyone. Donaldson is just returning from a season-opening trip to the injured list, so a summer filled with homers could be on tap for the Twins.

The Angels are what they always tend to be – great at the plate, suspect on the mound. A 7-5 start has them on the heels of Seattle in the AL West coming into Thursday’s action.

But unlike the Twins and their run differential line, the Angels are a minus-4, and the 65 runs they’ve allowed to this point is tied for second-most in the American League. (Only Tampa Bay’s 68 is worse.)

But again, the Angels' problem is pitching.