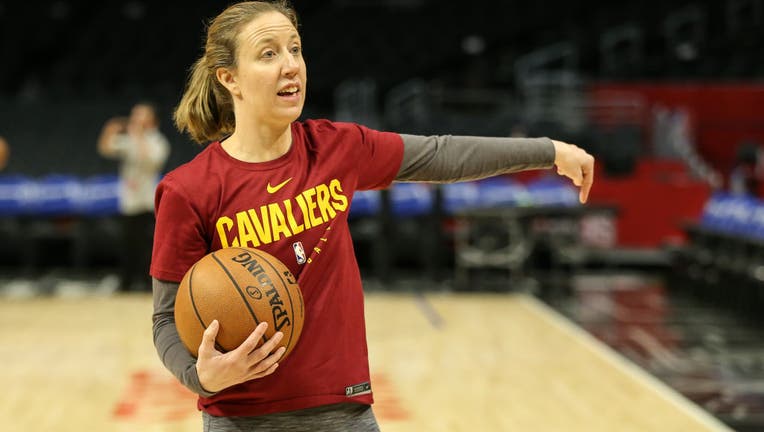 "A trailblazer who smashed through the glass ceiling of men's professional sports, I cannot think of a better coach, leader and role model for our young women," USC Athletic Director Mike Bohn said in a statement.

"Lindsay has a proven record of success in the country's premier women's basketball conference, and her commitment to student-athletes aligns perfectly with our vision and values. After an incredible experience in the NBA, Lindsay is taking leadership of our program at a time when she has become her very best as a coach and teacher, and we have the utmost confidence in her ability to lead the Women of Troy back to national prominence," Bohn said.

Gottlieb replaces Mark Trakh, who retired in April. A former head coach at Cal, Gottlieb became the seventh female NBA assistant when she was hired by the Cavaliers in June 2019. She was the first NCAA women's head coach hired by an NBA team.

"I went to the NBA to challenge myself at the highest levels of the game of basketball and was fully invested in that journey,'' Gottlieb said in a statement. "However, the commitment of President Carol Folt and athletic director Mike Bohn to women's basketball at USC, and to my vision of success, made it clear that now is the right time to come here and use all my coaching experience to partner with the young women in the program, the administration and our future student-athletes to make USC women's basketball the most dynamic program in the country."