LOS ANGELES - The Los Angeles Rams have traded quarterback Jared Goff and three draft choices to the Detroit Lions in exchange for quarterback Matthew Stafford, according to media reports.

The Rams will send the Lions first-round draft choices in 2022 and 2023 and a third-round choice in 2021, Adam Schefter of ESPN reported Saturday.

There was no response to an email sent to the Rams Saturday night seeking comment on the report. Trades cannot be finalized until the new league year begins in March.

The only reference to a trade on the Rams' Twitter account was, "Hey @ClaytonKersh22, have you heard from an old friend today?" a reference to Dodgers pitching star Clayton Kershaw being Stafford's center at Highland Park High School in Dallas.

The trade involves two overall No. 1 draft choices. The Rams used the No. 1 pick in the 2016 draft they acquired in a trade with the Tennessee Titans to select Goff out of California. Detroit selected Stafford first in the 2009 draft from Georgia.

Stafford, who will turn 33 Feb. 7, has been the Lions starting quarterback since the opening game of his rookie season. He holds just about every Lions passing record with 45,109 career passing yards and 282 touchdowns. 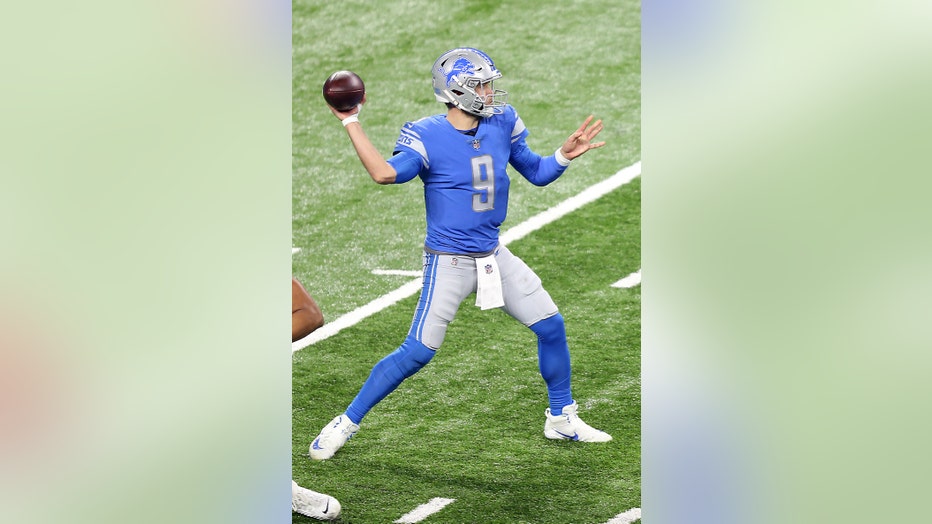 Detroit Lions quarterback Matthew Stafford (9) throws the ball during the second half of an NFL football game between the Detroit Lions and the Minnesota Vikings in Detroit, Michigan USA, on Sunday, January 3, 2021. (Photo by Amy Lemus/NurPhoto via G (Getty Images)

The Lions have reached the playoffs three times in Stafford's 12 seasons as quarterback, losing in the wild-card round each time. Stafford was selected for the Pro Bowl following the 2014 season.

In his second full season as starter, Goff quarterbacked the Rams to Super Bowl LIII where they lost the New England Patriots, 13-3. Since then, the Rams were 19-13, missing the playoffs in 2019 and earning a wild-card playoff berth in the 2020 season, upsetting Seattle, 30-20, in the wild-card round and losing to Green Bay, 32-18, in a divisional playoff game. 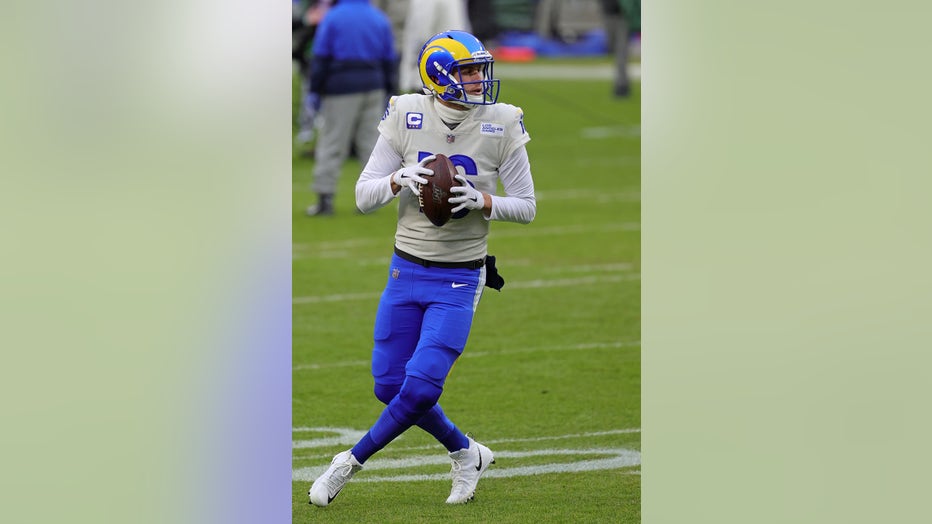 Jared Goff #16 of the Los Angeles Rams participates in warmups prior to the NFC Divisional Playoff game against the Green Bay Packers at Lambeau Field on January 16, 2021 in Green Bay, Wisconsin. The Packers defeated the Rams 32-18. (Photo by Stacy R (Getty Images)

The Rams are scheduled to play host to the Lions at SoFi Stadium during the 2021 season.