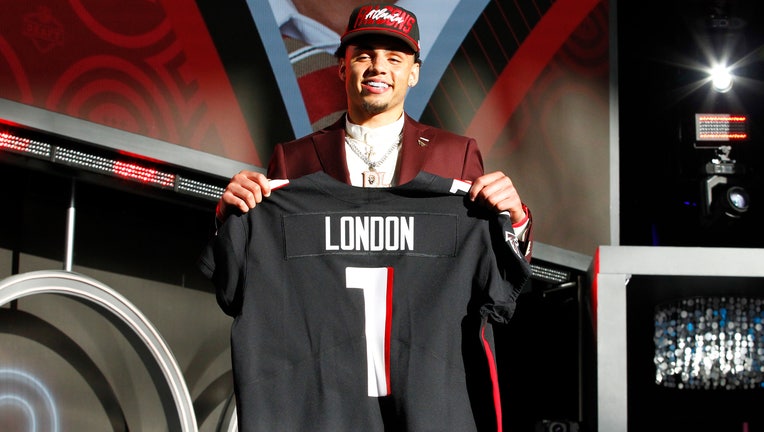 LAS VEGAS, NV - APRIL 28: Drake London, USC is selected as the number eight pick by the Atlanta Falcons during the NFL Draft on April 28, 2022 in Las Vegas, Nevada. (Photo by Jeff Speer/Icon Sportswire via Getty Images)

London gives Atlanta a much-needed top threat at wide receiver. The selection comes one year after the Falcons chose tight end Kyle Pitts with the No. 4 overall pick.

London (6-foot-4, 219 pounds) provides excellent size as well as big-play potential. He had 88 catches for 1,083 yards and seven touchdowns for USC in 2021 and was named the Pac-12 offensive player of the year.

Russell Gage was left as the team’s top wide receiver last year when Calvin Ridley played only five games while away from the team addressing mental health issues. Gage signed with Tampa Bay. Ridley was suspended by the NFL for 2022 for betting on games last season.