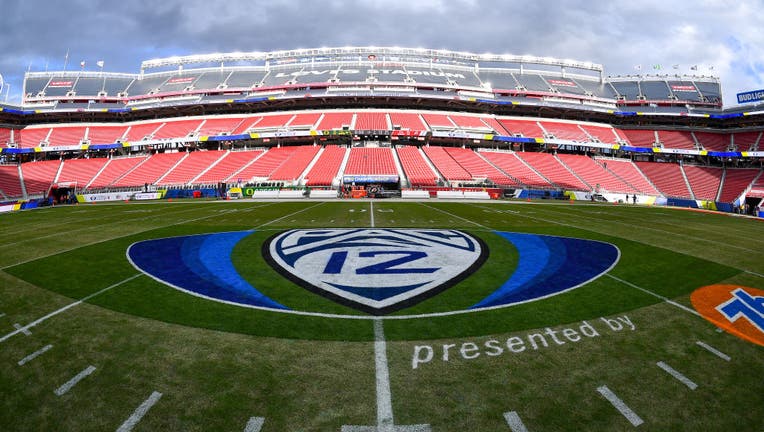 SANTA CLARA, CALIFORNIA - DECEMBER 06: A general interior view of Levi's Stadium during the Pac-12 Championship football game between the Oregon Ducks and the Utah Utes at Levi's Stadium on December 6, 2019 in Santa Clara, California. The Oregon Duck

LOS ANGELES - Gov. Gavin Newsom said on Wednesday there aren't any state coronavirus restrictions preventing the Pac-12 Conference -- including USC and UCLA -- from playing football, potentially accelerating a return to action on the gridiron.

Questions about Pac-12 football arose Wednesday following an announcement by the Big 10 Conference that it will begin games in late October, reversing an earlier decision to postpone all fall competition and consider playing football next spring.

The Pac-12 has also scrubbed plans for fall athletic competition, although it recently announced an extensive coronavirus-testing plan for student-athletes.

That testing agreement was seen as possibly signaling an earlier return to competition.

Responding to the Big 10 announcement, Pac-12 Commissioner Larry Scott issued a statement earlier Wednesday saying the conference can't begin playing football games in California and Oregon because the universities "do not have approval from state or local public health officials to start contact practice."

But Newsom said there is no such restriction from the state.

"There's nothing in the state guidelines that denies the Pac-12 from having conference games," he said.

"There's nothing in our guidelines the state put out that denies these games from occurring. We put out very, I thought, thoughtful guidelines and again, in partnership with the NCAA, about cohorting during workouts and practices. Now this manifests very differently depending on the sport. 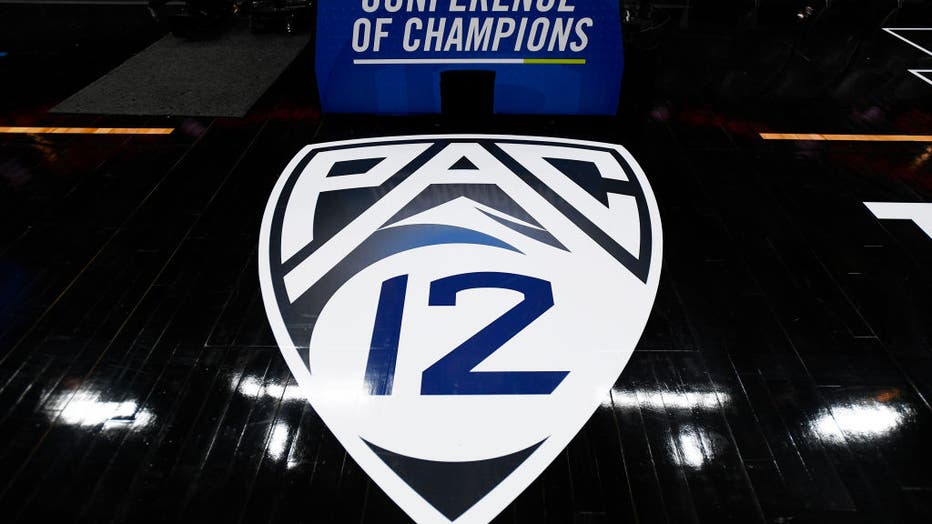 LAS VEGAS, NV - MARCH 11: The Pac-12 logo on the court the first round game of the men's Pac-12 Tournament between the Oregon State Beavers and the Utah Utes on March 11, 2020, at the T-Mobile Arena in Las Vegas, NV. (Photo by Brian Rothmuller/Icon S

Basketball cohorting of up to 12 may be a little easier than football up to 12, but offensive teams, defensive teams are able to coordinate and practice and the like.

"So, I want to make this crystal clear, nothing in the state guidelines deny the ability for the Pac-12 to resume," he said.

"Quite the contrary. That has been a misrepresentation of the facts."

"Our California and Oregon universities will now each individually and immediately reach out to their relevant county public health officials to seek clarification on what is required to achieve the same level of clearance to resume contact practice and competition," he said.

"We are eager for our student-athletes to have the opportunity to play this season, as soon as it can be done safely and in accordance with public health authority approvals." 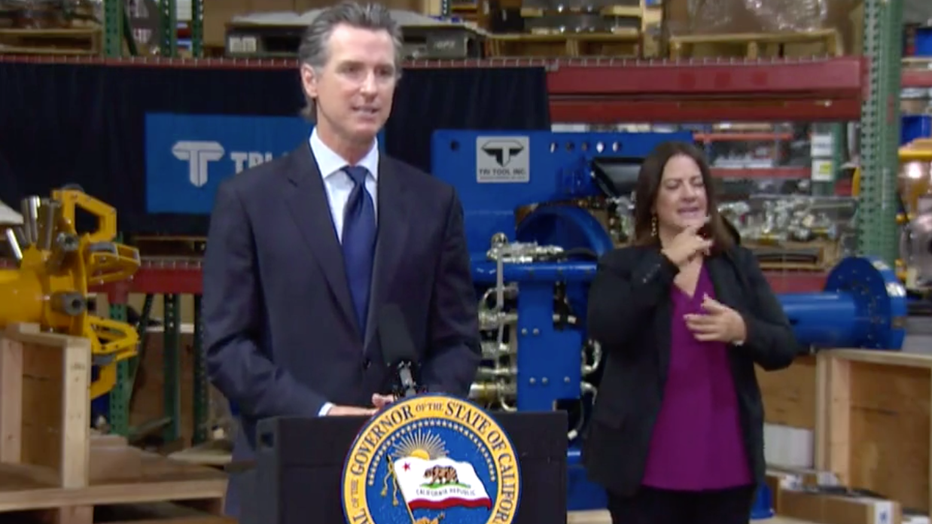 "Remember, these are student-athletes and they're not isolating in abubble as some of our NBA superstars are," Newsom said.

"They need to be integrated in one way, shape or form with an academic paradigm by definition. That's what student-athletes are supposedly all about."

On Tuesday, members of the USC football team sent a letter to Newsom asking him to "find a path forward for us to resume competition later this fall so that we can have the same opportunity as other teams around the country to play for a national championship."