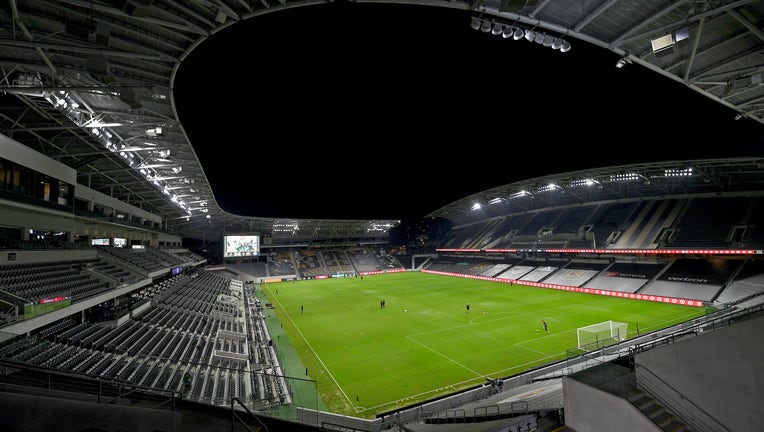 LOS ANGELES, CA - OCTOBER 28: General view of Banc of California Stadium before the game between the Los Angeles FC and the Houston Dynamo on October 28, 2020 in Los Angeles, California. (Photo by Jayne Kamin-Oncea/Getty Images)

LOS ANGELES - The Los Angeles Football Club's Sunday match against the San Jose Earthquakes has been postponed amid coronavirus concerns.

The announcement comes as the match was originally scheduled in San Jose for Sunday, November 1. Earlier in the week, LAFC announced three players had tested positive for COVID-19.

The rest of the team tested negative, according to LAFC.

MLS is looking to see if the league can arrange a makeup date for the postponed match.