LAFC took home the franchise's first MLS Cup in a shootout victory over the Philadelphia Union.

After Bale came on as a substitute in extra time and scored the tying goal for 10-man LAFC, Denis Bouanga, Ryan Hollingshead and Ilie Sanchez scored in the 3-0 shootout, capping the most dramatic of MLS’s 27 title games.

McCarthy, a Philadelphia native and former Union keeper who had exactly one previous game of MLS action for LAFC this season, was forced to come on during the second extra period when starter Maxime Crepeau badly injured a leg while committing a red-card foul on Cory Burke. 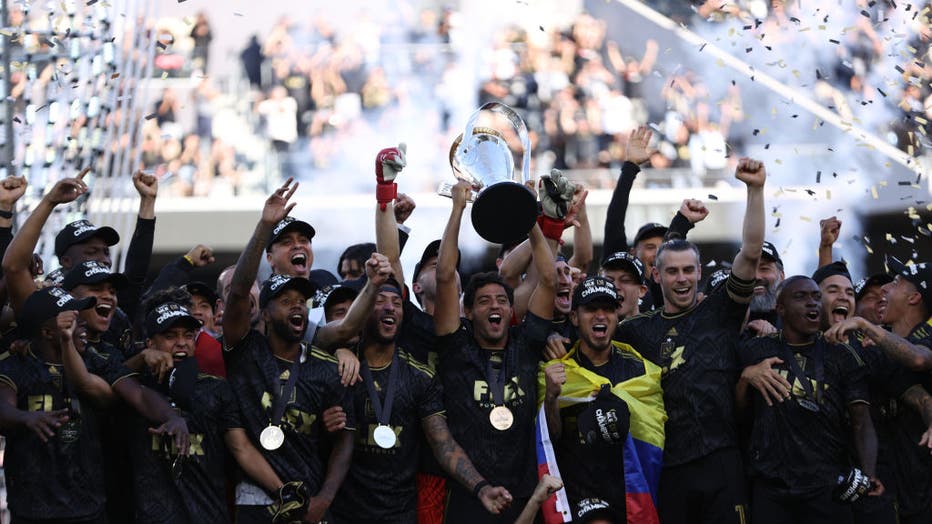 LOS ANGELES, CA - NOVEMBER 05: Carlos Vela #10 of LAFC lifts the trophy to celebrate with his teammates after winning the MLS Cup Final match between Philadelphia Union and LAFC as part of the MLS Cup Final 2022 at Banc of California Stadium on Novem

Jack Elliott’s second goal of the game then put Philadelphia ahead in the fourth minute of injury time, but Bale entered in the 97th minute and tied it with a thrilling header for the Welsh superstar’s third MLS goal, his first in three months.

In the shootout, McCarthy didn’t allow a goal on the Union’s three attempts, diving to make two saves and watching Dániel Gazdag slip and sky his attempt over the crossbar. Sánchez then sealed the victory in front of LAFC’s ecstatic home crowd.