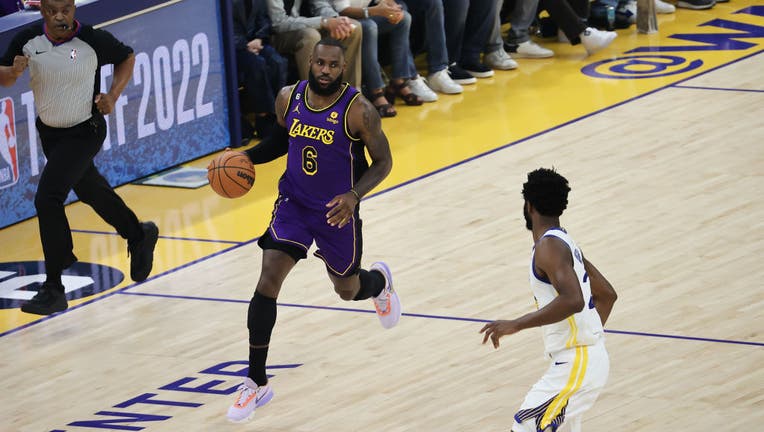 LOS ANGELES - The first round of the "Battle of Los Angeles" for the 2022-23 NBA season kicks off Thursday night at the Crypto.com Arena in downtown LA as the LA Lakers face the LA Clippers.

It’s the first home game of the season for the Lakers who suffered a blowout loss to the Golden State Warriors Tuesday night. To add salt to Laker Nation’s wound, the game followed a ring ceremony in celebration of Golden State’s 2022 Final series win in a season in which the Lakers failed to even qualify for playoff contention.

However, this season is all about moving forward. The Lakers made several roster moves, fired Frank Vogel and hired Darvin Ham as its new head coach.

League officials are indeed giving Angelenos and NBA fans alike what they want by scheduling a matchup between LA’s two teams so early in the season.

In the past decade, the Clippers have a 32-7 record over their hallway rivals, which seems impressive, but the reality is the Lakers are one of the most successful franchises in sports history. The Lakers have 17 NBA championships while the Clippers have zero, and have yet to even make an appearance in the NBA Finals.

This season, the Lakers are hoping to return to greatness and the fully-loaded Clippers are aiming for the franchise’s first championship.

Here are some lingering factors for each franchise this season.

All Eyes on AD

Big Man Anthony Davis has been prone to injuries and this year, he is the key to the team’s success. Coach Ham has moved Davis to the starting center position while he’s spent most of his career as a power forward. Ham said the Lakers offense will run through AD in his introductory press conference. Davis also said last month his goal is to play in all 82 games.

Darvin Ham said "it all starts with defense."

Will Russell Westbrook remain a Laker?

Perhaps no player in the league has faced more scrutiny than Russell Westbrook. It got so bad, Westbrook admitted he no longer wants his family to attend games to hear his name constantly dragged through the mud. He’s making $44 million a year and has not met expectations. There is no denying his passion for the game and no matter what, he shows up. The Lakers' front office reportedly tried to trade him during the offseason, but is not willing to give up future draft picks. Coach Ham said he will explore having Westbrook in the second unit.

At some point this season, LeBron James is expected to break Kareem Abdul on the NBA’s career regular-season points list. Abdul-Jabbar has held the record since 1984 with 38,387 career points. James needs 1,295 points to break that record and ESPN predicts he needs about 49 games to do. 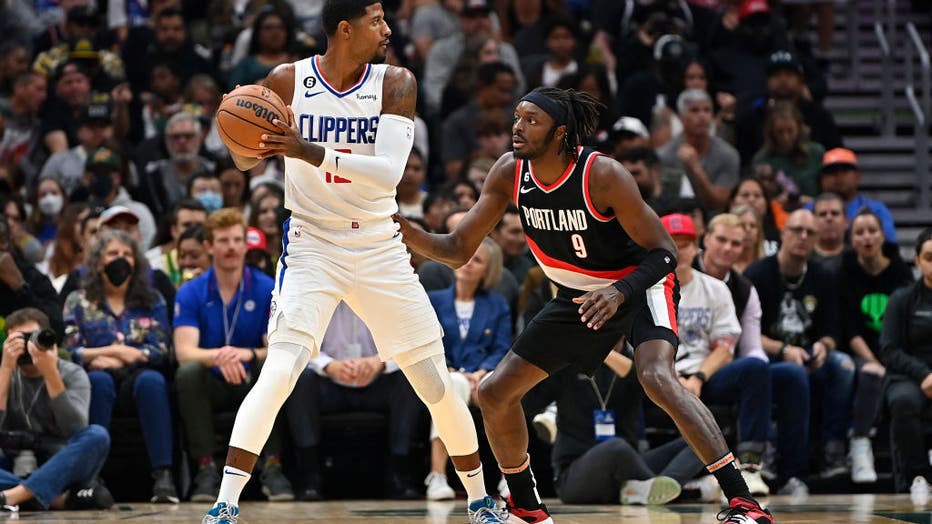 Health has hindered the LA Clippers since acquiring two-time Finals MVP Kawhi Leonard and fellow superstar, Paul George. The Clippers have been mentioned as title favorites if they can remain healthy throughout the season and the playoffs. Leonard missed the entire 2021-22 season due to an ACL injury and George missed most of it due to an elbow injury, which allowed the team’s role players to gain more experience in a hard-fought season. Now, those role players will have to readjust with the big stars back in the lineup. On Media Day, Leonard and George both said they remained focused during the offseason and are ready to work. A healthy Clippers squad makes an enticing option to dethrone Golden State.

What can John Wall bring?

The 31-year-old guard last played a regular-season game on April 23, 2021, and sat out the entire 2021-22 season. Ready to make a comeback, Wall signed with the Clippers over the summer. The All-Star has been upfront about his struggles with mental health in hopes to spread awareness and help others.

The Clippers are so deep, head coach Tyronne Lue has yet to decide if Wall or fan-favorite Reggie Jackson will start at the point guard position. Wall is expected to help speed up the Clippers' pacing and will bring additional star power.

It's worth noting the latest injury report lists James (left foot) and Davis (lower back) as probable for Thursday night.

Tip-off is scheduled for 7 p.m. Thursday.