Darvin Ham said "it all starts with defense" during Monday afternoon's press conference.

Rob Pelinka opened Monday’s press conference by calling it a "bright and promising day for the franchise" and that he’s excited where Ham can "lead this franchise to in the next chapter." 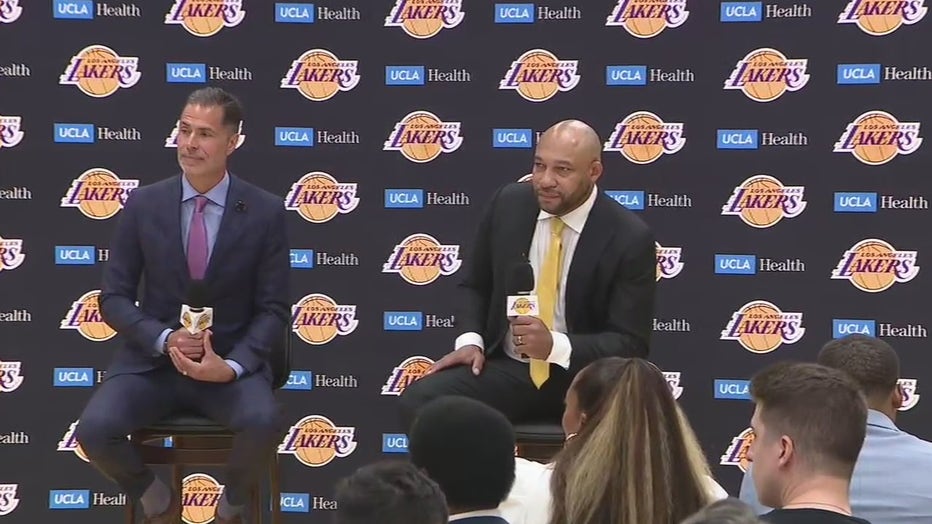 Ham was visibly emotional talking about leaving Milwaukee but said "sometimes you have to walk that walk on your own," alluding to the fact he was ready to take on a head coaching role. He also joked he told Mike Budenholzer "at least you dropped me off where you picked me up at."

Ham worked as an assistant to Mike Brown with the Lakers from 2011-13.

Despite leading the Men in Purple and Gold to a title during what was an unprecedented season in 2020, Frank Vogel was fired after the two underwhelming seasons that followed. In 2021, the Lakers were eliminated in the first round of the NBA playoffs, and this season, they failed to make the playoffs altogether.

Who is Darvin Ham?

Darvin Ham played college hoops at Texas Tech University and played for eight seasons in the NBA from 1996 to 2005.

Most recently, he worked as an assistant coach to Mike Budenholzer for the Milwaukee Bucks from 2018-2022 and had a crucial role during the team’s successful run in the 2021 NBA Finals.

Is there help on the way for LeBron James?

In late December, NBA superstar LeBron James will celebrate his 38h birthday in what will be his 20th season in the league. "The plan is to get stronger as the season gets longer…my number one goal is to lessen some of the wear and tear on LeBron," Ham said.

What is the plan for Russell Westbrook?

Ham said despite last year's struggles, he believes Westbrook is "one of the best players the league has ever seen."

Ham told reporters he has had one-on-one conversations with Russell Westbrook. Westbrook struggled last season and some fans felt he simply was not the right fit with fellow All-Stars LeBron James and Anthony Davis. However, Ham is determined to make it work for the "Big Three."

"Where can they compete together? It starts on the defensive end," he said.

In those conversations, Ham said the keyword has been "sacrifice," adding that he believes in Westbrook.

"Russell’s one of the best players this league has ever seen and there’s still a ton left in that tank," Ham said.

When healthy, Ham said AD’s skill set, size, and versatility are crucial, adding that Davis is "going to be the centerpiece," of the Lakers' defense.

"We need consistency. We need him to be healthy and in a good mental space…we’re going to do everything in our power to support him" Ham said.

Legendary Laker Kobe Bryant reportedly approved of Ham’s physicality and toughness when Ham worked as a player development coach from 2011-13. The two were also part of the 1996 draft class.

"[Kobe and Darvin] had daily sessions after practice. Because Darvin was a physical player, he’s a physical coach. Kobe said, ‘I love that. That helped my game,’" a reporter explained.

Ham and Bryant also competed in the 1997 Dunk Contest. As fans may recall, Bryant won the contest during his rookie season during the All-Star weekend.

Although he lost to the iconic Laker, Ham earned the nicknames "Dunkin’ Darvin," and "Ham Slamwich," as a player in Milwaukee.

On Monday, Ham said "it was great," spending time with Bryant and that their lengthy conversations on the game "just gave me a wealth of confidence in myself as a coach."

Who will join Ham’s coaching staff?

Ham will reportedly be given more control to pick his own staff compared to previous coaches.

"They didn’t’ really have a choice," Shannon Sharpe said during an episode of "Undisputed" in late May, saying Ham wanted the Lakers front office to prove how serious they were "about cleaning this thing up."

Ham said he wants to work with assistant coaches that will be "willing to roll up their sleeves."

According to The Athletic, the coaching staff will include former NBA All-Star Rasheed Wallace. 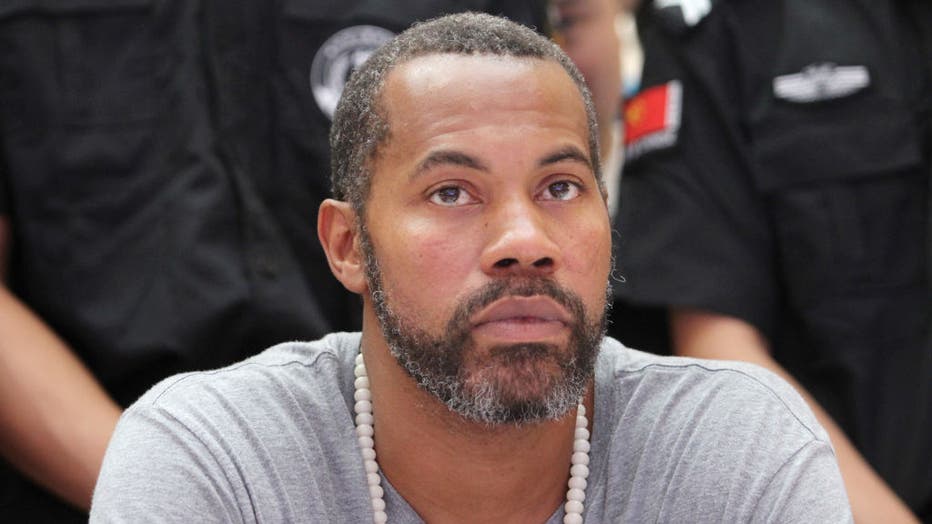 Wallace and Ham were teammates on Detroit’s 2004 championship team—beating out the Lakers in a 4-1 Finals series. The 47-year-old who played 16 seasons in the league previously served as an assistant coach with the Memphis Tigers men’s basketball team, working with head coach Penny Hardaway.

When asked about Wallace, Ham said the Lakers are "still working through that."