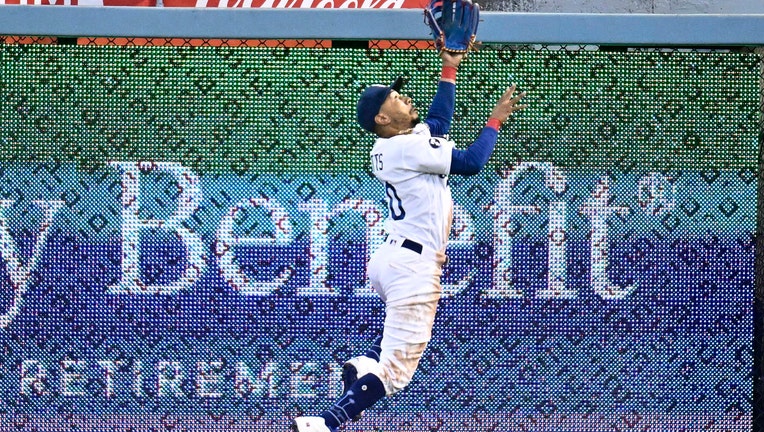 LOS ANGELES - Los Angeles Dodgers star Mookie Betts is considered by many fans and players across the league as one of the more electrifying players in baseball. On Tuesday, the outfielder known for making acrobatic catches and robbing home runs was rewarded with another Gold Glove Award.

In addition to his elite fielding abilities, 2022 marked a successful year at the plate for the 30-year-old outfielder. Betts finished the regular season with a .269 batting average with 35 home runs and led the NL with 117 runs. Betts and his teammates, Trea Turner and Freddie Freeman, terrorized opposing pitchers over the course of the 2022 regular season as the lineup's "Big 3" helped the Boys in Blue win 111 games, a franchise record.

The Dodgers as a team failed to deliver in the postseason despite a loaded lineup and pitching staff. However, Betts joins teammate Justin Turner as Dodgers who took home individual awards in the 2022 season. Earlier this week, Turner was a recipient of the Roberto Clemente Award, which goes to a player who made positive contributions both on and off the field.