LOS ANGELES - Kyrie Irving and LeBron James are reportedly one step closer to being reunited and back on the same roster. 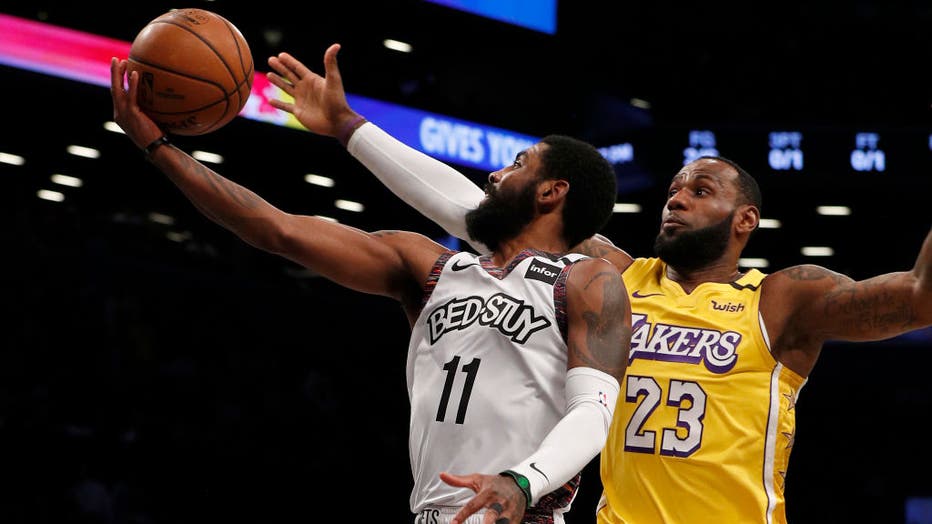 While in Cleveland, the two went to three NBA Finals and won the championship in 2016.

It remains unclear if the Brooklyn Nets will offer Irving a long-term contract extension. During the 2021-22 season, Irving played in just 29 of 82 regular-season games, due in part to the fact that the unvaccinated star was only allowed to play in away games amid New York City’s COVID regulations.

Last week, Irving reportedly made a sign-and-trade wish list of six other teams he’d like to join, which included the Los Angeles Lakers, LA Clippers, Miami Heat, and Philadelphia 76ers, according to ESPN.

On Monday, ESPN’s Adrian Wojnarowski reported the Lakers are the only team on that list pursuing Irving, adding that if he declines his $36 million player option, he would be eligible to sign with the Lakers.

The decision will come sooner than later as Wednesday marks the deadline for the player option.

The possible move, however, could be easier said than done as the Lakers enter the upcoming season with not enough salary cap space to accommodate Irving. Next season, the Lakers are set pay Russell Westbrook just over $47 million; LeBron James just over $44 million; Anthony Davis just under $38 million; Talen Horton-Tucker just over $10 million; and Kendrick Nunn about $5 million.