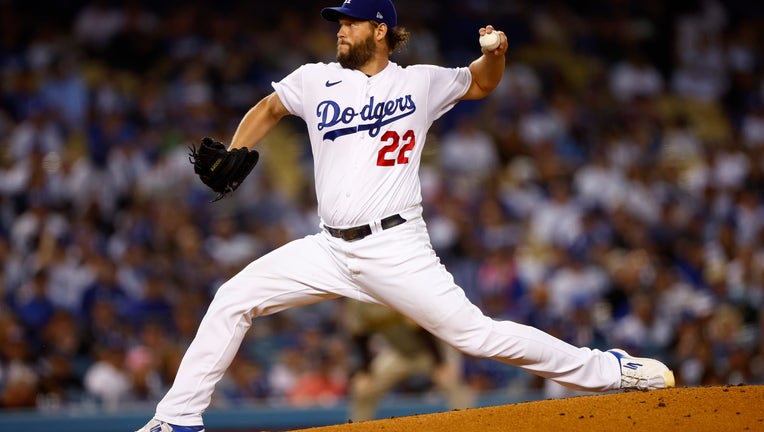 Clayton Kershaw #22 of the Los Angeles Dodgers pitches in the third inning in game two of the NLDS against the San Diego Padres at Dodger Stadium on October 12, 2022. (Photo by Ronald Martinez/Getty Images) (Getty Images)

According to reports from The Athletic and MLB.com, the Dodgers and Kershaw are closing in on a 1-year deal to keep the longtime ace in LA.

Should the two sides agree on a deal, the 1-year contract would pave the way for Kershaw to take the mound in a Dodger uniform for the 16th season.

Kershaw, who turns 35 in March 2023, is considered one of the best pitchers of his generation. In his 15 seasons in the big leagues, all with the Dodgers, he won three NL Cy Young Awards, a Gold Glove, named an NL all-star nine times, was named NL MVP in 2014 and captured the pitching triple crown in 2011. He is just three wins shy of 200 regular-season victories in his decorated career and has struck out 2807 batters.

While the team fell (well) short of their World Series-or-bust expectations, Kershaw maintained his superstar form over the course of the 2022 regular season. He finished the regular season with a 12-3 record and an ERA of 2.28 and was named the NL starting pitcher in front of the home fans at Dodger Stadium.

As of Thursday night, the Dodgers have not confirmed the reports of the longtime ace's contract talks.