A year after George Floyd’s killing, a jury finds Derek Chauvin guilty, but has justice been served? A year later, does Congress have the political capital to pass police reform? A year later, where does a new generation of activists go next?

LOS ANGELES - They may puzzle us with the latest slangs and TikTok dances but longtime Angelenos and civil rights icons say young people may be the key to advancing social justice in our communities.

FOX 11 Anchor Christine Devine has lived in Los Angeles for more than 30 years. She said in the fifth and final episode of Rising Up that has noticed that the younger generation of protesters has been ahead of the curve in terms of embracing diversity and inclusion.

"This younger generation has really been a voice for that to love one another, no matter what you look like," Devine said. 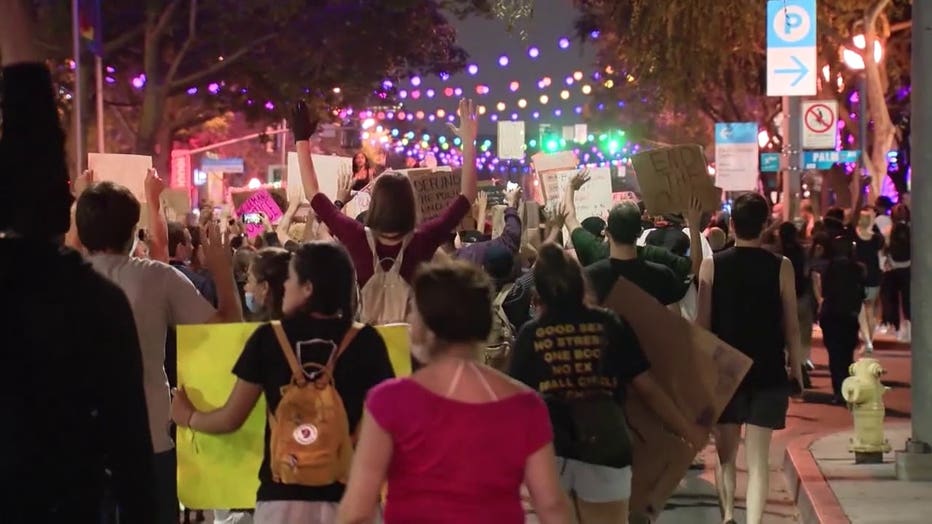 Actress and activist Anne-Marie Johnson and journalist and activist Richard Stellar stopped by to discuss FOX 11's Rising Up series.

For FOX 11 reporter Christina Gonzalez, one of the biggest observations she noticed from the 2020 protests compared to social justice movements in the past were the white communities across the country joining the fight against systemic racism.

"You did not see that in 1992-1993. You would see some elements like churches and so forth," Gonzalez said. "The massive number of people who came from all over to march with Black Lives Matter… that was seen by politicians."

While there are signs of promise, is the road to equality an easy one? Absolutely not.

Lora King was just seven years old when her father was brutally beaten by LAPD officers. Fast-forward to 2020, when then-police officer Derek Chauvin kneeled on Floyd's neck in Minneapolis, it gave Lora the painful reminder that police brutality and systemic racism is still prevalent to this day.

"It's still hard to watch," Lora King said in a FOX 11 panel discussion earlier in the week. "Because we're still here. Besides my dad, we're still here. We're still in the ignorance of having these conversations. It's just sad."

Executive Director of Health and Social Justice Partnership at UCLA Dr. Jorja Leap shared a sentiment similar to Lora King when she saw the George Floyd video. Leap described the experience as "watching a home movie that I was sorry to see."

"What was so upsetting about recent events and with what happened in Minneapolis that had affected people here is, that trust is so easily shattered. There have been 100 police shootings since George Floyd where people wound up dead. Certainly, some of them were justified or would be reported as justified," Leap said in a FOX 11 panel discussion earlier in the week.

KDAY's Cece and Romeo, who are influential voices in Southern California, stopped by Good Day LA to discuss their interviews and their passion for empowering the youth.

While society still has ways to go in the fight for social justice, some of the guests from the limited documentary series, Rising Up, shared their ideas of a roadmap for brighter days ahead.

"The guilty verdict reminds us that we have to take whatever opportunities we have to bring justice," Abdullah said.

"Until regular people rise up, it will not change. Rodney King was not special, but what happened to him was special," said longtime civil rights activist Rev. Sharpton said. "Regular people understand that ‘This could be me.’"