Episode 4 dives into the "defund the police" debate and the future of social justice.

LOS ANGELES - As the nation mourned the deaths of George Floyd and Breonna Taylor in 2020, calls for defunding the police became one of the hotter topics of discussion that year.

"A lot of people in our country have reacted based on the emotional effects that they witnessed when they saw George Floyd died," said Chino Police Department Corporal Ryan Tillman.

According to a study from Gallup, in the weeks after Floyd died in police custody in Minneapolis, about 47% of Americans said they support reducing police budget and setting aside those funds to social programs. 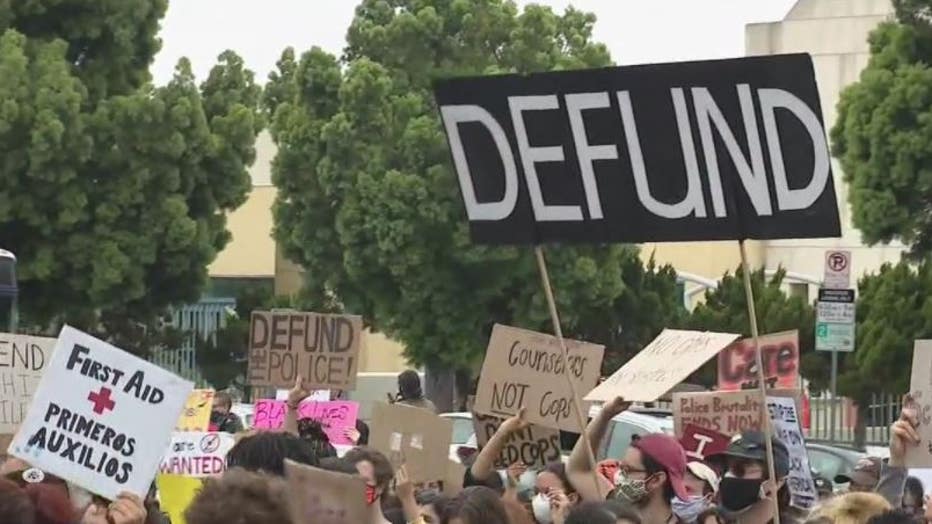 Black Lives Matter Los Angeles Co-founder Melina Abdullah has long been a champion of the defund the police and abolish the police movements in Southern Caifornia. As many argue that crime has gone up in Los Angeles, Abdullah says the community needs to focus on the other major issues, like housing and mental health.

"When you’re not addressing the very real mental health challenges that people face in the midst of the worst global health pandemic, at least in our lifetimes, of course crime is going to go up," Abdullah said.

"We’re not going to accept a world where people don’t have the healthcare they need. When we reallocate resources away from police, away from prisons, away from jails and toward those universal human needs, that’s when that world begins to come to be," she added.

For Rep. Karen Bass, her focus is moreso to "refund the communities."

"When you have society’s problems that fall out because you cut funding in one area, then what we have done is increase funding to law enforcement. And we have expected law enforcement to manage social, economic and health problems. And I think that’s inappropriate," Rep. Bass said.

Others in the community, however, say we should pump the brakes on the idea of eliminating or reducing law enforcement funding. LAPD Chief Michel Moore argues fixing policing won't necessarily be the solution to fixing all the problems in America.

"We’re our own worst critic. But as we are doing that criticism, let’s make sure as America, we’re not taking that scapegoat mentality, that if we policing, we’ll fix America. What we need to do in fixing this country is much more complex," Moore said.

Civil Rights Attorney Leo Terrell is also not a fan of the growing movement. Terrell has long argued that the United States is a nation of laws and every civilized society has law enforcement.

"They protect us at 2 a.m. or 3 a.m. Talking about eliminating the police department? Having a mayor talk about defunding the police?... it didn’t sit well with me," Terrell said.