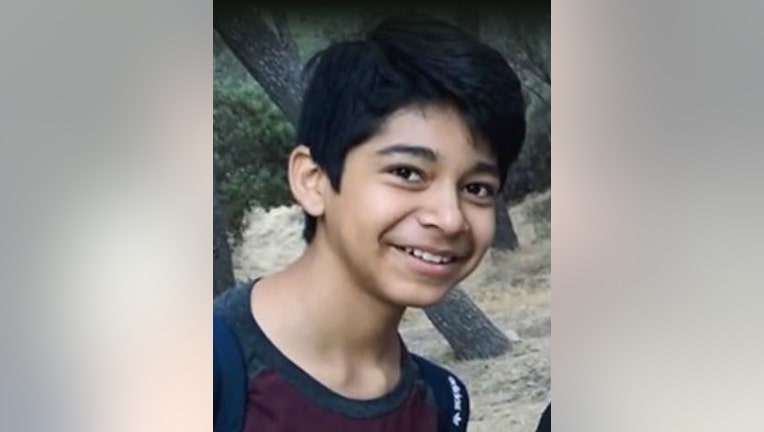 MORENO VALLEY, Calif. - With recently approved legislation clearing the way, a Moreno Valley couple are proceeding with a wrongful death lawsuit against the Moreno Valley Unified School District over a fatal assault on their nephew at a middle school, it was announced Monday.

Felipe and Juana Salcedo originally filed a civil complaint against the MVUSD last October, but the action was rejected by a Riverside County Superior Court judge because state law did not specify that legal guardians have standing in wrongful death suits.

The plaintiffs sought to sue the school district over the death of 13-year-old Diego Stolz, Juana Salcedo's nephew.

Last week, Gov. Gavin Newsom signed Assembly Bill 2445, which clarifies that legal guardians have standing in civil claims involving a minor whose death may have stemmed from a wrongful or negligent act, but only if the child's natural parents are deceased. Diego's mother and father died years ago.

"Diego's aunt and uncle raised him, and yet the law prevented them from bringing a lawsuit after he was tragically killed," attorney David Ring said. "But now that unfair law has been changed, and Diego's guardians can bring a case in court."

"This lawsuit will prove that the school district ignored serious bullying and assaults on its campuses for many years," he alleged. "Diego's death was totally preventable if real anti-bullying policies had been put in place."

The school district did not immediately respond to a request for comment.

Ring has not specified the size of the damage award being sought or other objectives of the suit. However, when the initial complaint was announced last October, he mentioned that the requested sum could be as high as $100 million.

The suit was refiled in Los Angeles County Superior Court.

According to Ring, Diego was consistently bullied by two to four boys, starting while he was in seventh grade at Landmark Middle School. Ring could not cite the approximate number of bullying incidents but said the mistreatment began with verbal insults and taking of the victim's belongings.

When Diego entered eighth grade in August 2019, the abuse escalated, Ring said. He had no explanation for the victimization, observing that at one point, the boys were on good terms with Diego.

He said the boy's aunt filed "multiple complaints" at Landmark in the 2018-19 academic year and in the first month of the 2019-20 school year, but her concerns allegedly fell on deaf ears.

The harassment came to a head on Sept. 12, 2019, when one of the boys cornered and punched Diego in the chest, threatening to inflict further physical harm, at which point the youth went to a science teacher and revealed what he had endured, Ring said.

"This teacher saw his emotional state and knew there was something wrong, but there was nothing done," the attorney alleged, pointing specifically to alleged inaction by the campus' vice principal, Kamilah O'Connor.

That afternoon, Diego told his aunt about the assault, and she asked her adult daughter, Jazmin Salcedo, to take the boy to school the next day and address the matter with administrators, according to Ring.

His court filing last year states that Salcedo, Diego and O'Connor met for 20 minutes, and "after the meeting, O'Connor told Jazmin that she had learned the names of the bullies involved and she would suspend them for three days, starting Monday, Sept. 16. She also said their class schedules would be changed so that they would not be in Diego's class anymore."

When the victim returned to school the following week, the two assailants who had hounded him the prior week caught him in front of a building during lunch recess, according to Ring.

He referred to widely circulated mobile phone video footage that shows one boy standing in Diego's face, while the victim stands limply, then backing up and punching him in the mouth. The second assailant then blindsides Diego with another punch, causing him to fall and strike his head on a concrete pillar.

He suffered major trauma and was pronounced brain dead and taken off life support a week later.

The two boys allegedly involved in the assault are facing manslaughter charges in Riverside Juvenile Dependency Court. Neither defendant has been identified because they are underage.

A year ago, the MVUSD announced sweeping changes intended to put a stop to bullying incidents, establishing an online complaint process for students and parents, a set of guidelines that identify prohibited behaviors and a phone number that students and parents may call anytime they want to flag acts of aggression, verbal or physical.