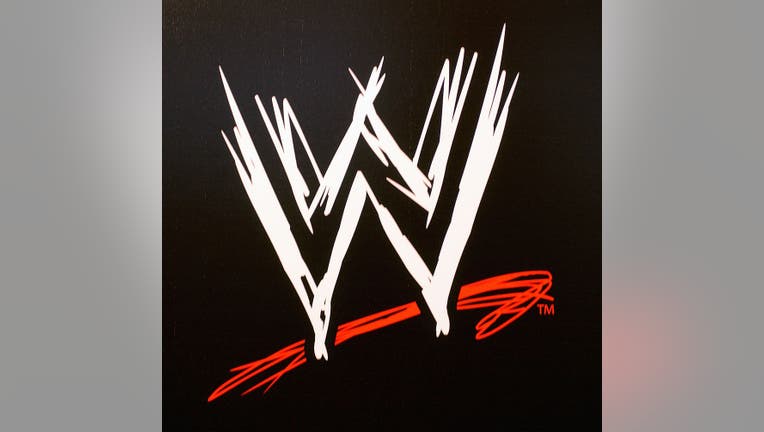 The World Wrestling Entertainment logo hangs on a wall at a media conference announcing the all-star lineup of WWE WrestleMania XIX at ESPN Zone in Times Square in New York City. (Photo by Mark Mainz/Getty Images)

LOS ANGELES - The 2021 edition of WrestleMania will be held at Raymond James Stadium in Tampa, Florida, instead of SoFi Stadium in Inglewood because fans are not allowed to attend sports and entertainment events in California due to the coronavirus pandemic, WWE announced Saturday.

WWE also announced Saturday the 2023 edition of the professional
wrestling and pop culture extravaganza, WrestleMania 39, will be held at SoFi on April 2, 2023, as part of the announcement of the sites and dates of the 2021 and 2022 editions.

WWE announced Feb. 10 WrestleMania 37 would be held at SoFi Stadium on March 28, 2021, which would have been the first time the event was held in the Los Angeles area since 2005.

"The city of Inglewood looks forward to the opportunity to host
WrestleMania in 2023 and celebrates the deferral of this year's event to Tampa Bay so they can have their rightful WrestleMania moment. Our time will come," Inglewood Mayor James T. Butts Jr. said in a statement released by WWE.

The 2020 edition of WrestleMania had been scheduled to be held at
Raymond James Stadium but shifted to the WWE Performance Center training facility in Orlando, Florida, with no spectators present because of the pandemic.

WrestleMania 37 will be held at Raymond James Stadium April 10-11, the first time the event has been held in Tampa. Ticket availability and safety protocols will be announced in the coming weeks.

WrestleMania was most recently held in Los Angeles, in 2005 at Staples
Center. It has been held at football stadiums each year since 2007 except
for 2020.

WrestleMania was held at the then-Arrowhead Pond (now Honda Center) in 1996 and 2000 and in 1991 at the since-demolished Los Angeles Memorial Sports Arena, one of three sites for WrestleMania 2 in 1986.