Shocking video showed a woman screaming for help inside a van last seen in the Santa Clarita area.

LOS ANGELES COUNTY, Calif. - A woman who was heard on video screaming for help inside a van in the Santa Clarita area has been found safe, authorities confirmed Wednesday.

Officials say the woman in the video has been located and is safe.

According to Lt. Phillips with the Los Angeles County Sheriff’s Department, the woman said she got into an argument with her boyfriend. Apparently she saw the bulletin and contacted police.

Woman found safe after video shows her screaming for help

A woman who was heard on video screaming for help inside a van in the Santa Clarita area has been found safe, authorities confirmed Wednesday.

The Los Angeles County Sheriff's Department received a call of a suspicious incident during the evening hours of Thursday, August 12 near the intersection of Calgrove Boulevard and Creekside Drive in Newhall.

RELATED: Detective: Teen shooting video of woman screaming for help in van did 'what he needed to do'

A cell phone video shot by a witness and shared by LASD showed a van parked outside a home. In the graphic video, the woman could be heard screaming for help before the vehicle drove off from the scene. 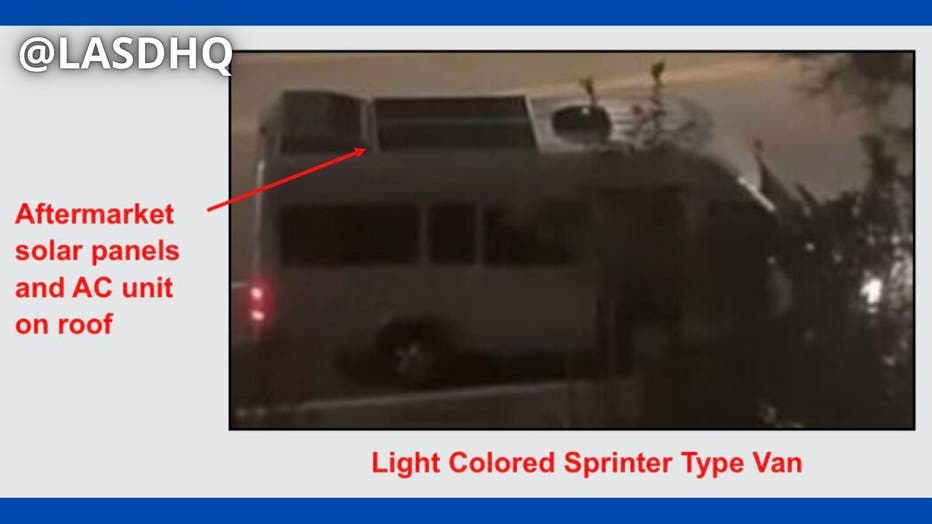 The LASD was asking for the public's help in locating the suspicious van and the people who were inside the vehicle. Although the witness who shot the video claims the people in the van were abducting the woman, officials did not explicitly call the incident a kidnapping attempt.