The suspects were caught on camera stealing a man's Rolex, police said.

LOS ANGELES - Two alleged robbery suspects were arrested after they were caught on camera robbing a man of his Rolex in Los Angeles, according to police.

According to police, the two suspects - later identified as 20-year-old Tyler Dumas and 19-year-old Edwin Witty - led officers on a pursuit after they fled the scene of a robbery near 6th and La Brea. The suspects collided with a car, injuring that driver. One of the robbery suspects was arrested at the scene but the other ran away from the scene but was eventually taken into custody, police said. 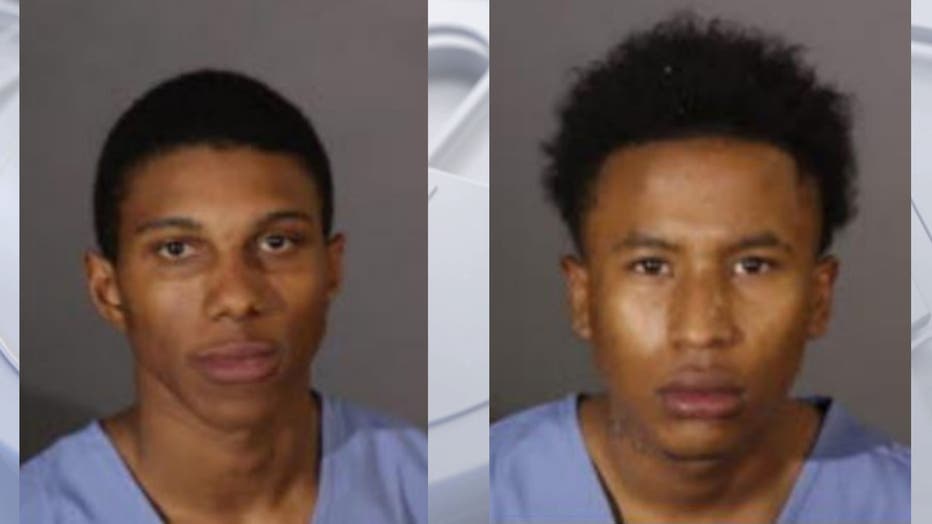 During the pair's arrest, the stolen Rolex watch and a gun were recovered, officials said.

Police said they believe both suspects may be wanted for other robberies in the Los Angeles area.