Exclusive surveillance video shows the moment where Los Angeles County Sheriff's deputies opened fire in a shootout with a carjacking suspect in Norwalk that resulted in the death of an innocent man, 67-year-old Pedro Lopez.

NORWALK, Calif. - Exclusive surveillance video shows the moment where Los Angeles County Sheriff's deputies opened fire in a shootout with a carjacking suspect in Norwalk. In the video, more than 30 gunshots can be heard.

The shooting happened Thursday night in the 12100 block of Foster Road, and resulted in the death of an innocent man, 67-year-old Pedro Lopez. According to deputies, it is unknown if their bullet or the suspect's bullet killed Lopez at this time.

The suspect, who has not yet been identified, was shot by deputies, but made it inside of a home, according to deputies.

Maria Lopez, the daughter of Pedro Lopez, was on the phone with her father when the shooting happened. She said she heard gunshots and then heard her father fall. 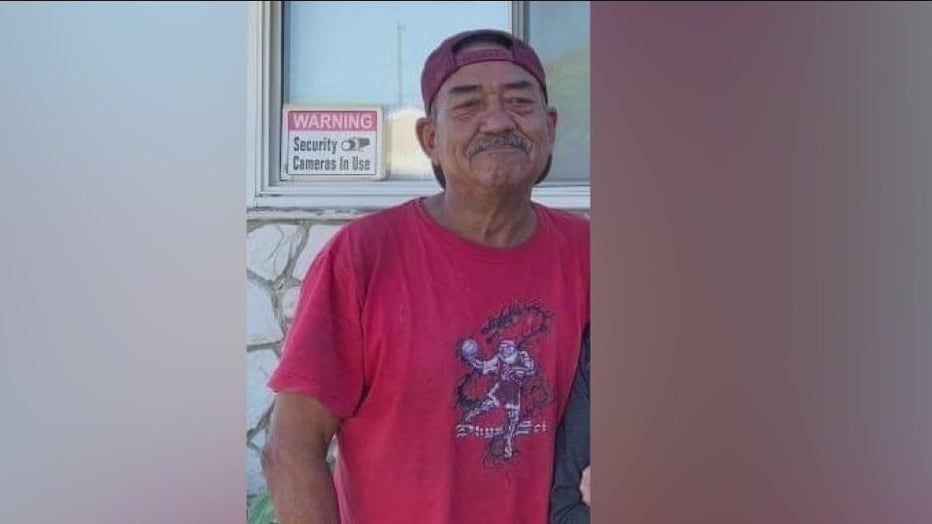 "I heard him gasping for air, and then if I'm being honest, my father being my father, I feel like he hung up on me so I wouldn't hear him take his last breath because the call ended, it didn't drop," said Maria.

Maria called the Los Angeles County Sheriff's Department to tell them her father was still inside of his home though she heard deputies say the home was evacuated.

"I was worried so I did call the Sheriff's Department and I asked them to look for my dad. It took them a while, about four hours before they actually started to realize my dad might still be on the property," said Maria.

Hours later, the suspect was taken into custody and Pedro Lopez' body was found in the backyard of his home. Authorities said it appeared he suffered from gunshot wounds to his upper torso.

"My worst nightmare came true. Never in my wildest dreams did I think it would happen to my father at home, when he's 67 years old, doing nothing," said Maria.

Maria describes her father as a great man.

The investigation is ongoing and the Department of Justice is also involved now.

No deputies were hurt in the incident, the LASD said.

Anyone with information on the case was urged to call the Sheriff's Homicide Bureau at 323-890-5500.