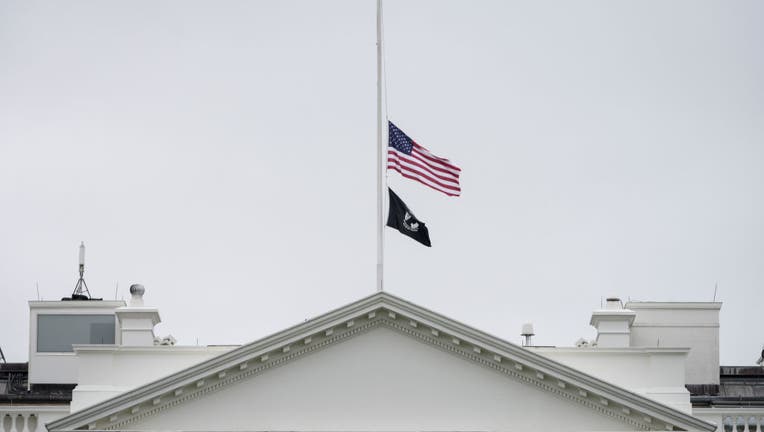 WASHINGTON, DC - MAY 13: The American flag flies at half-staff at the White House as the United States passes one million deaths from COVID-19 on May 13, 2022, in Washington, DC. (Photo by Drew Angerer/Getty Images)

WASHINGTON - The number of people killed by COVID-19 in the United States has reached 1 million, according to data collected by Johns Hopkins University on Wednesday.

The confirmed number of dead is equivalent to a 9/11 attack every day for 336 days. It is roughly equal to how many Americans died in the Civil War and World War II combined. It’s as if Boston and Pittsburgh were wiped out.

The sobering milestone is a stark reminder that while life has somewhat returned to normal across the country, the novel coronavirus continues to plague Americans and the rest of the world. Last week President Joe Biden ordered flags at half-staff to officially mark the somber milestone during a COVID-19 summit with other world leaders.

Three out of every four deaths were people 65 and older. More men died than women. White people made up most of the deaths overall. But Black, Hispanic and Native American people have been roughly twice as likely to die from COVID-19 as their White counterparts.

Most deaths happened in urban areas, but rural places — where opposition to masks and vaccinations tends to run high — paid a heavy price at times. More than half the deaths occurred since vaccines became available in December 2020.

RELATED: Vaccines could have prevented at least 318K COVID-19 deaths in the US, study says

The president has called on Congress to urgently provide billions of dollars more for testing, vaccines and treatments, something lawmakers have been unwilling to deliver so far.

That lack of funding — Biden has requested an additional $22.5 billion in what he calls critically needed money — is a U.S. reflection of faltering resolve that jeopardizes the global response to the pandemic, he says. 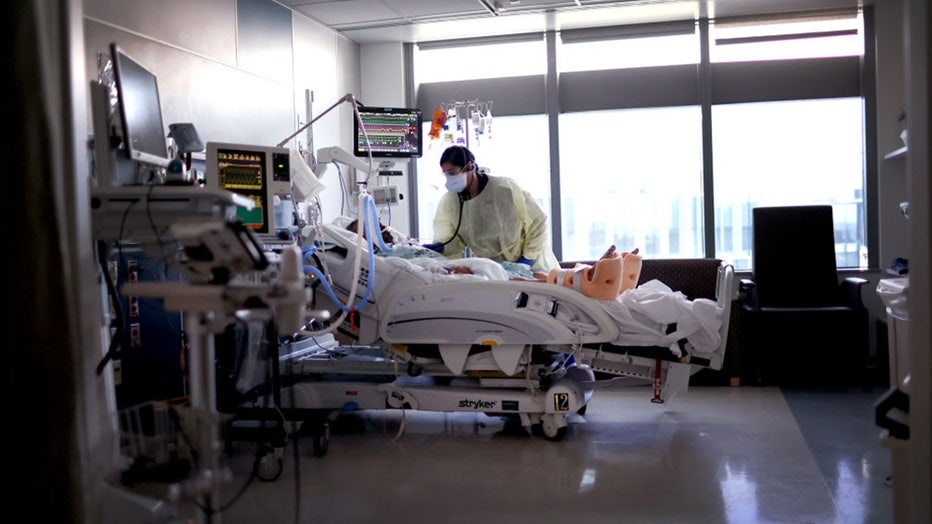 FILE - A respiratory therapist works with a COVID-19 patient in the ICU. (CREDIT: Scott Olson/Getty Images)

Meanwhile, a recent increase in virus cases around the U.S. has sent more cities into new high-risk categories, but much of the country is stopping short of bringing back various restrictions amid deep pandemic fatigue.

For weeks, much of upstate New York has been in the high-alert orange zone, a Centers for Disease Control and Prevention designation that reflects serious community spread. The CDC urges people to mask up in indoor public places, including schools, regardless of vaccination status. But few, if any, local jurisdictions in the region brought back a mask requirement despite rising case counts.

The U.S. is approaching a significant and grim milestone of 1 million deaths from COVID-19. While the pandemic is in its third year, signs of a return to normalcy have already begun, with mask mandates lifted in most states.

What’s more, since its discovery in November, the extra-contagious version of the omicron variant is now the dominant coronavirus version in the U.S. and more than five dozen other countries.

BA.2.12.1 was responsible for 29% of new COVID-19 infections nationally, according to data reported by the CDC on April 26. And it caused 58% of reported infections in the New York region.

Nationally, hospitalizations are up slightly but still as low as at any point in the pandemic. Deaths have steadily decreased in the last three months to nearly the lowest numbers.

The muted response reflects the exhaustion of the country after two years of restrictions and the new challenges that health leaders are facing at this phase of the pandemic.

An abundance of at-home virus test kits has led to a steep undercount of COVID-19 cases that were once an important benchmark. Researchers estimate that more than 60% of the country was infected with the virus during the omicron surge, bringing high levels of protection on top of the tens of millions of vaccinations.

On Tuesday, President Biden made available a third round of free at-home tests for Americans to order.

Pandemics in recent US history

Pandemics have long plagued the world and have tragically claimed many lives, but how does COVID-19 compare?

Here is a brief history of past pandemics that not only impacted the U.S. but the world in recent history.

In 2009, a new H1N1 influenza virus emerged, causing the first global flu pandemic in 40 years, according to the CDC.

The first U.S. case of the H3N2 virus was detected in September 1968, according to the CDC.

An estimated 1 million people died worldwide due to the virus, including about 100,000 Americans.

The H2N2 virus was first detected in East Asia and spread quickly across the globe.

The Spanish flu in 1918 was the most severe pandemic in recent history, according to the CDC.

The virus was an H1N1 variant with genes of avian origin, according to the health agency. It killed an estimated 500 million people around the world and about 675,000 in the U.S. alone between 1918 and 1919, the agency says.

COVID-19 around the world

The U.S. has the highest reported COVID-19 death toll of any country, though health experts have long suspected that the real number of deaths in places such as India, Brazil and Russia is higher than the official figures.

The World Health Organization said that the number of reported new COVID-19 cases worldwide decreased by nearly a quarter in late April, continuing a decline since the end of March.

The Geneva-based U.N. health agency said in a weekly report that nearly 5.59 million cases were reported between April 11 and 17 — which was 24% fewer than in the previous week. The number of newly reported deaths dropped 21% to 18,215.

WHO said new cases declined in every region, though only by 2% in the Americas.

Dr. Chris Segrin of the University of Arizona talks with FOX Television Stations about how the COVID-19 pandemic altered human behavior.

The agency said such trends "should be interpreted with caution as several countries are progressively changing their COVID-19 testing strategies, resulting in lower overall numbers of tests performed and consequently lower numbers of cases detected."

In all, more than 502 million cases of COVID-19 and nearly 6.2 million deaths related to the coronavirus have been reported so far.