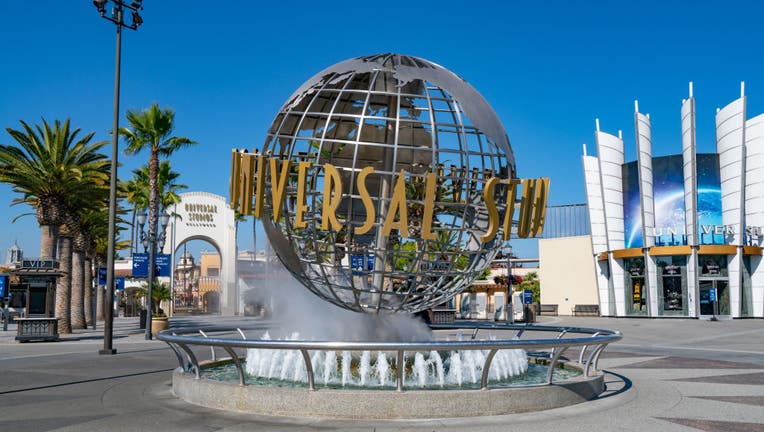 LOS ANGELES - Universal CityWalk was announced Monday as the latest venue that will serve as a vote center for Los Angeles County residents to cast their ballots in the November election.

The CityWalk center will be open beginning Oct. 24 and continuing through the Nov. 3 election. Residents can cast ballots at any vote center in the county, regardless of where they live.

At CityWalk, the vote center will be located in the Jurassic Parking structure, and free parking will be provided.

More than 100 vote centers across the county will be opening Oct. 24, with another 650 opening Oct. 30. In hopes of avoiding long lines on election day, residents are being urged to cast their ballots early, either by visiting a vote center, voting by mail or dropping ballots in drop boxes located across the area.

According to the Los Angeles County Registrar-Recorder/County Clerk's Office, a tally of all vote-by-mail ballots -- including those deposited in drop boxes -- received prior to election day will be released within 30 minutes of the polls closing at 8 p.m. Nov. 3. A short time later, a tally will be released of all in-person ballots cast at vote centers ahead of Nov. 3.

The rest of election night will be tallies of ballots cast on election day.

However, the shift to regional voting centers instead of local precincts means it will be more difficult for the public and media outlets to track what percentage of votes have been counted on election night and how many remain to be tallied.

During the March primary, voters at some vote center locations faced long lines that forced centers to stay open beyond 8 p.m. While a big push to vote by mail is expected to alleviate some of the demand, the county has also upgraded technology in an effort to eliminate bottlenecks that slowed the process in March, such as a slow voter check-in procedure. County employees have also been called into service to staff voting centers, rather than relying solely on volunteers to manage the process.

However, some lines at vote centers may be inevitable, and the county has developed online and mobile technology to allow voters to check wait times at various locations and choose the fastest, most convenient option for them.

But even after the polls close, it will be weeks before final election results are actually known. A new state law requires ballots postmarked by Election Day but not received until as long as 17 days later to be included in the vote totals. After the polls close, officials will also be tasked with sorting through provisional or questioned ballots submitted on election day that must be verified.