A Ukrainian artist based in Los Angeles shared a Vladimir Putin portrait with a message that reads, "Feel free to punch him."

She painted a portrait of Russian President Vladimir Putin, with added words, "Feel free to punch him."

The portrait was on display at a protest against the Russian invasion of Ukraine. 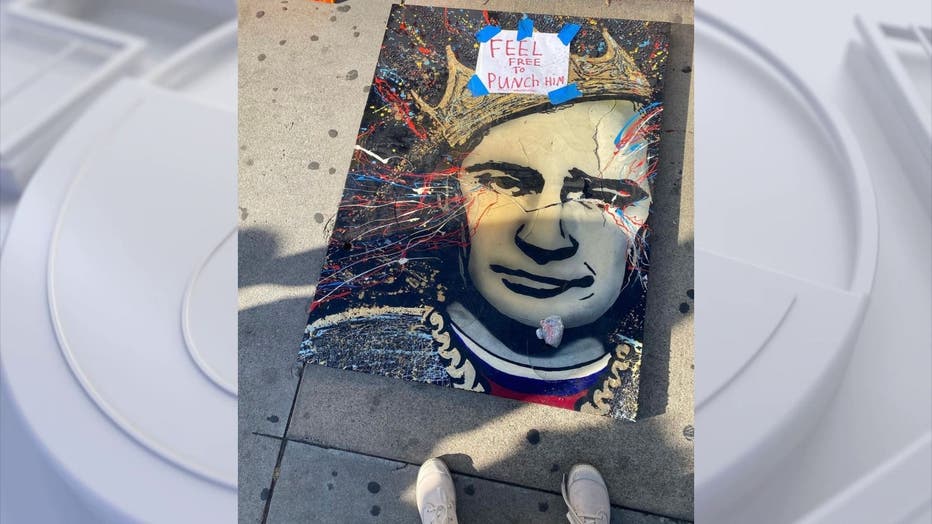 Milena Ilina goes by the artist name B LIKE ME. She is Ukrainian-born but came to the United States to model in 2009 and is now an artist living in Los Angeles. 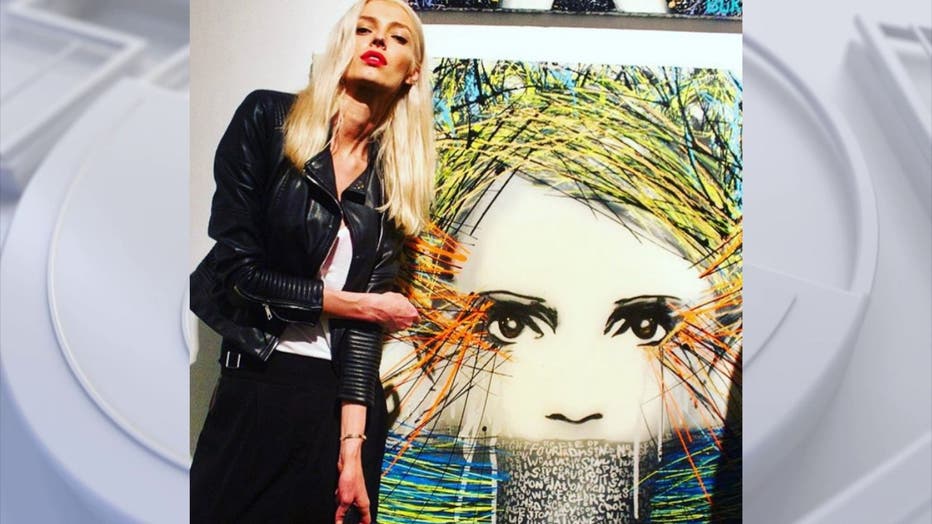 A political satirist, she's taken aim at Russian President Vladimir Putin for years through her art. One painting has Putin in a Marilyn Monroe famed dress. She says that was to make him look feminine, with the art posted on Hollywood's Walk of Fame.

"I created that image when Russia started bombing Syria," she recalled.

Now, she is worried about her parents who just fled Ukraine for Poland last week. She says a Polish soldier offered up his own apartment for his family to stay in as he returned to the war in Ukraine.

Ilina has supported the international aid organization CARE in the fight against world poverty and world hunger, which is fundraising now for Ukraine.