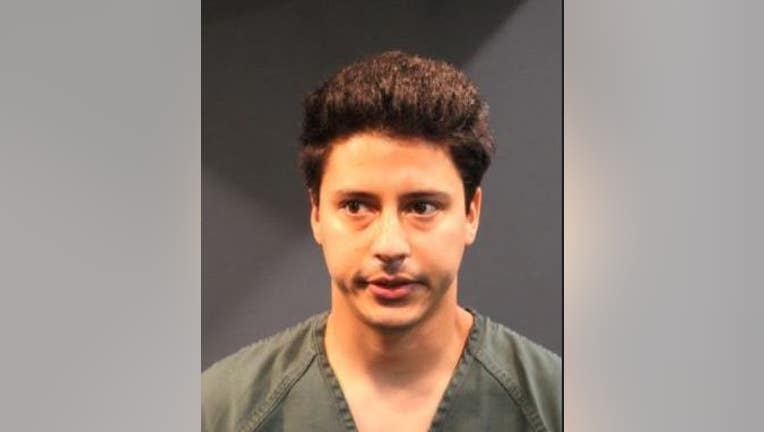 30-year-old Jason Humberto Rodas of Garden Grove was taken into custody by officers on Sept. 9th.

Santa Ana police say around 4 a.m. that day h picked up a 51-year-old woman who requested an Uber to take her to work.

While driving the woman to work, police say Rodas suddenly cancelled the ride and told her the drive would be for free. He then asked the woman several intimate questions about her sex life, according to a statement from police.

Following their interaction, the woman became frightened and demanded Rodas take her to work. He then threatened to throw her out of the vehicle if she called police.

Police say Rodas ignored the victim’s plea and drove erratically until they ended up in the area of 300 South Minnie Street in Santa Ana.

They say the woman jumped out of the vehicle and attempted to escape, however Rodas quickly caught her and placed her in a choke hold and strangled her before sexually assaulting her.

Officials quickly identified Rodas as the suspect and arrested him hours later.

Rodas has been booked into the Santa Ana Jail, facing several charges of sexual assault, and kidnapping with the intent to commit rape. His bail has been set at $1,000,000.00.