Gisele Bündchen and Tom Brady are splitting after 13 years of marriage. The supermodel just filed for divorce from the NFL superstar. Bündchen just filed the divorce documents in Florida, and Tom is not contesting the divorce. TMZ obtained a copy of the divorce filings. The documents say both Tom and Gisele said their marriage was "irretrievably broken." The property settlement and custody agreement are confidential.

TAMPA BAY, Fla. - Tom Brady is opening up after he and Gisele Bündchen announced their divorce last week.

On the SiriusXM podcast "Let’s Go! with Tom Brady, Larry Fitzgerald and Jim Gray," the Tampa Bay Buccaneers quarterback was asked about the split Tuesday.

"Obviously, the good news is it's a very amicable situation and I'm really focused on two things: taking care of my family and certainly my children and, secondly, doing the best job I can to win football games," Brady revealed. "That's what professionals do. You focus at work when it's time to work, and then when you come home you focus on the priorities that are at home.

Brady and Bündchen married in 2009 after beginning their relationship in December 2006 when they were introduced by a mutual friend. 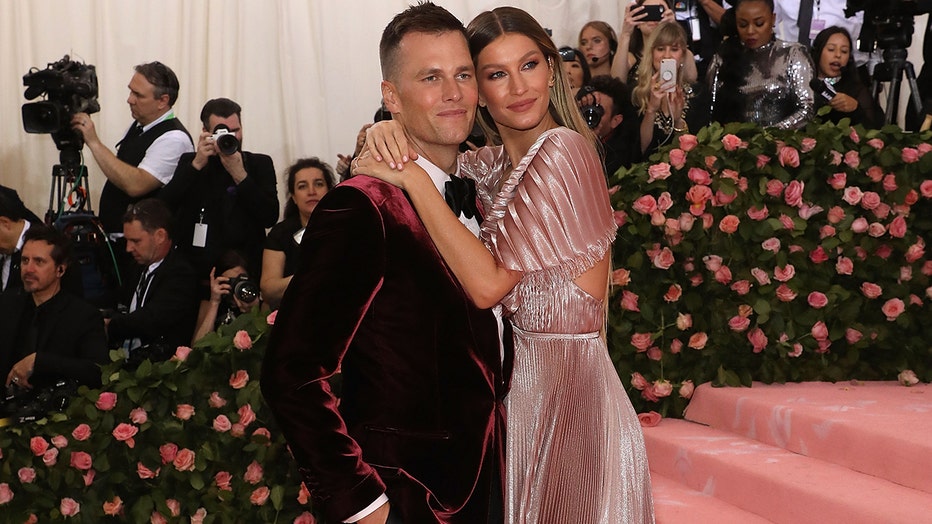 Gisele Bundchen and Tom Brady attend the 2019 Met Gala celebrating "Camp: Notes on Fashion" at The Metropolitan Museum of Art on May 6, 2019 in New York City. (Photo by Taylor Hill/FilmMagic)

"All you can do is the best you could do. That's what I'll just continue to do as long as I'm working and as long as I'm being a dad," Brady continued.

The 45-year-old athlete opened up about the challenges of compartmentalizing work and his personal life, revealing that he has "dealt with a lot of challenging situations on and off the field" throughout his 23-year public career.

"I always say we're not actors. Even though we're on TV, you know, that is our real self out there," he said. "We're trying to do our best. That's how people have gotten to know me over the years by being on TV."

The Buccaneers are currently on a three-game losing streak and hold a 3-5 record.

Brady continued, "We all have our unique challenges in life. We're all humans. We do the best we can do," the seven-time Super Bowl champion said. "I have incredible parents that have always taught me the right way to do things. I want to be a great father to my children and always try to do things the right way as well. And to deal with things in your life that have challenges, you wanna deal with them in the best possible way."

Brady concluded, "So I want to always be able to hold my head high on and off the field, and I'm gonna try to continue to do that for as long as I'm here."

Tom Brady’s comments come less than one week after Tom Brady and Gisele Bündchen announced they would be going their separate ways.

The announcement landed in the midst of Brady's 23rd NFL season, and just months after the seven-time Super Bowl champion put an end to his short-lived retirement.

Brady and Bündchen posted statements on Instagram, each saying they had "amicably" reached the decision.

"In recent days, my wife and I finalized our divorce from one another after 13 years of marriage. We arrived at this decision amicably and with gratitude for the time we spent together."

Bündchen also issued a statement on her Instagram which read in part:

"The decision to end a marriage is never easy, but we have grown apart and while it is, of course, difficult to go through something like this, I feel blessed for the time we had together and only wish the best for Tom always."

A source told PEOPLE Magazine that the couple agreed to joint custody of the children.

"The settlement is all worked out," a source told PEOPLE. "They've been working on the terms this whole time."

FOX 13 Tampa contributed to this story.