WASHINGTON - The Internal Revenue Service began issuing the third round of $1,400 stimulus checks to many Americans, which this time includes "plus-up" payments to some people who previously received partial payments and may now be eligible for more money.

The IRS said Thursday that the agency has issued more than 4 million checks, totaling more than than $10 billion, in this third round of stimulus payments.

The new stimulus checks for qualifying individuals based on income were included in the $1.9 trillion COVID-19 relief bill, which was signed on March 11. It also extended $300 weekly emergency unemployment benefits until September.

The third batch of stimulus payments began processing on March 26 with an official payment date of March 31, but could have been received earlier, the IRS said.

According to the agency, these "plus-up" payments can include a situation where a person's income dropped in 2020 compared to 2019, or a person had a new child or dependent on their 2020 tax return, among other situations. 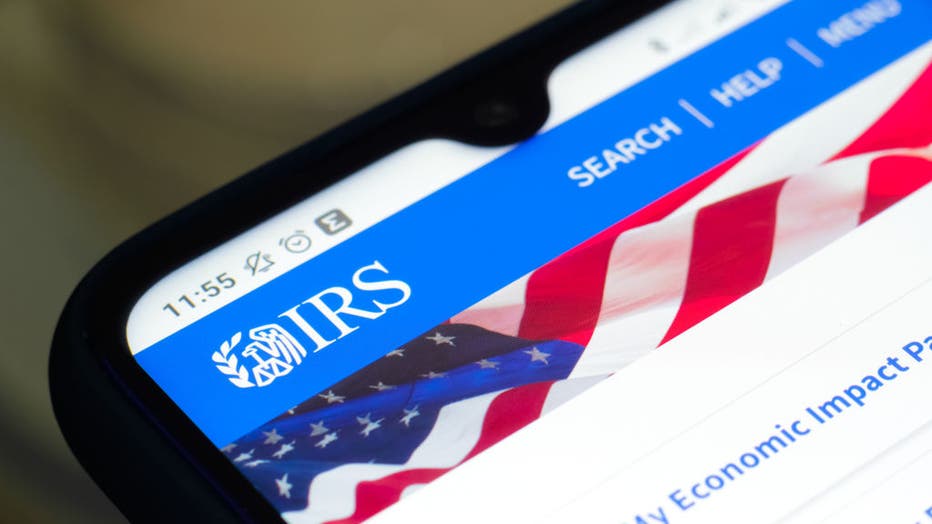 FILE - The Internal Revenue Service (IRS) logo is displayed on a smartphone in a file image. (Photo Illustration by Rafael Henrique/SOPA Images/LightRocket via Getty Images)

Payments were also issued to people who recently filed a tax return and qualify for the stimulus money, but the IRS did not previously have their information on record. Checks to this group, as well as the "plus-up" payments, will continue on a weekly basis going forward, the agency added.

The latest round of relief payments provided households with $1,400 for each adult, child and adult dependent, such as college students or elderly relatives. Adult dependents were not eligible to receive payments in the previous two rounds of payments.

Speaking after the government issued the jobs report, President Joe Biden said it showed that his $1.9 trillion financial rescue package — which included $1,400 checks to most adults — was already boosting the economy.

Individuals can check the agency’s Get My Payment tool to see the status of their stimulus check and supplemental payments.

In 2020, Congress approved two other rounds of direct payments, sending $1,200 checks to many Americans in March and $600 payments in December. The IRS said it has issued more than 130 million payments, totaling approximately $335 billion, to date.