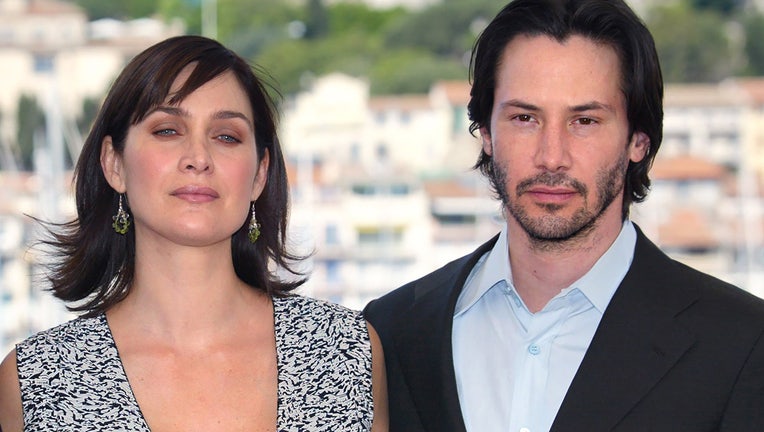 US actor Keanu Reeves and Canadian-born actress Carrie-Anne Moss pose for photographers on a terrace of the Palais des festivals during the photocall for "Matrix Reloaded." ( FRANCOIS GUILLOT/AFP/Getty Images )

BURBANK (CNS) - A new film set in the world of "The Matrix" is in the works, with Keanu Reeves and Carrie-Anne Moss set to reprise their roles as Neo and Trinity, respectively, Warner Bros. Pictures announced today.

Lana Wachowski, the co-creator of "The Matrix" franchise, is set to co-write, direct and produce the film, which will be globally distributed by Warner Bros. and Village Roadshow Pictures.

Toby Emmerich, chairman of the Warner Bros. Pictures Group, called Wachowski "a true visionary -- a singular and original creative filmmaker -- and we are thrilled that she is writing, directing and producing this new chapter in `The Matrix' universe."

Wachowski and her sister, Lilly, wrote and directed "The Matrix," "The Matrix Reloaded" and "The Matrix Revolutions." Reeves and Moss starred in all three films, which have earned more than $1.6 billion at the global box office and were top-10 domestic hits in their respective years of release.

"Many of the ideas Lilly and I explored 20 years ago about our reality are even more relevant now," Wachowski said. "I'm very happy to have these characters back in my life and grateful for another chance to work with my brilliant friends."

Starting Aug. 30, 20th anniversary screenings of "The Matrix" are planned at select AMC Theatres locations across the country.