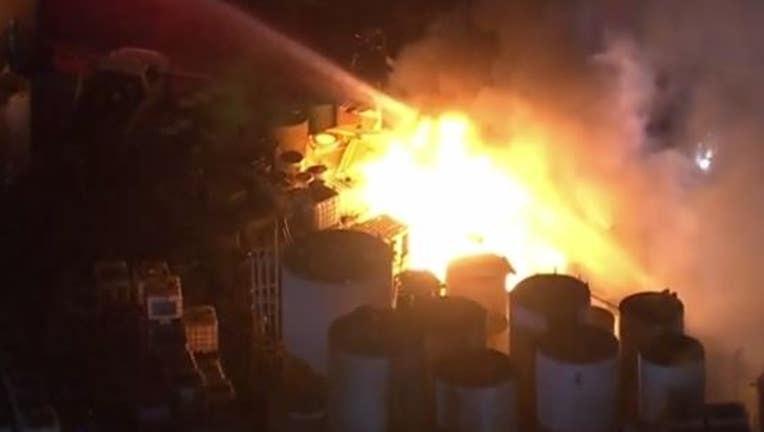 IRWINDALE, Calif. - A tanker with a load of asphalt caught fire on Tuesday in Irwindale, but crews knocked down the blaze in 23 minutes and no injuries were reported.

Crews kept the goo from getting into storm drains, the fire department reported.

"The arduous clean-up process is underway," the fire department reported around 7 p.m.