Federal investigators filed a criminal complaint against the man suspected in the explosion that rocked a South Los Angeles neighborhood that left 17 people injured. The 26-year-old suspect appeared in court on Tuesday, where he was granted bond.

LOS ANGELES - Federal investigators filed a criminal complaint against the man suspected in the explosion that rocked a South Los Angeles neighborhood that left 17 people injured. The 26-year-old suspect appeared in court on Tuesday, where he was granted bond.

Arturo Ceja III was expected to be released from federal custody at the end of the day on a bond set at $25,000 unsecured with an affidavit of surety signed by his parents, according to the U.S. Attorney's Office. He is expected to be arraigned on Aug. 2. 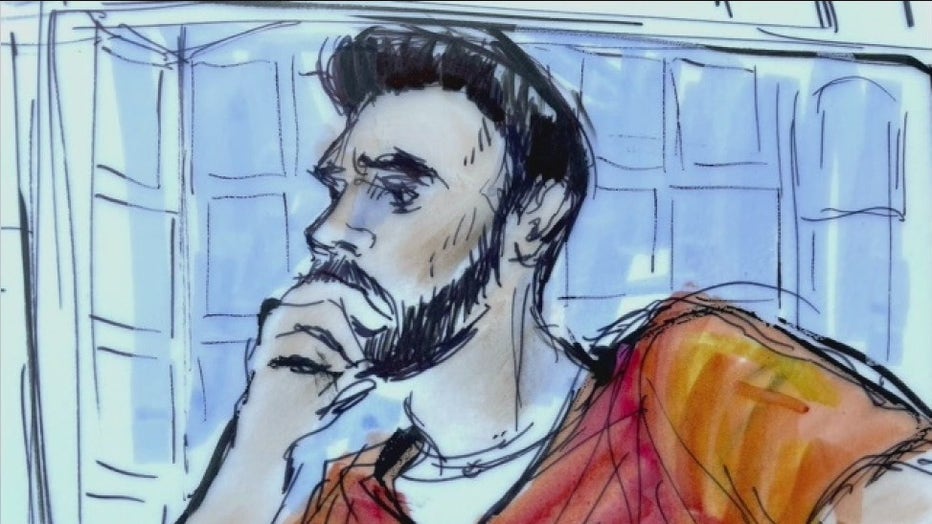 Ceja, 26, was arrested Saturday by special agents with the U.S. Bureau of Alcohol, Tobacco, Firearms and Explosives (ATF) on a criminal complaint charging him with transporting explosives without a license. The charge carries a sentence of up to 10 years in federal prison, prosecutors said.

Between June 20 and June 29, Ceja is accused of purchasing hundreds of boxes of explosives in cash at Area 51, which is a fireworks dealer in Pahrump, Nevada and transporting the fireworks to Los Angeles in a rental car to his South LA home, according to the criminal complaint. Pahrump is located about 60 miles from Las Vegas.

Ceja admitted that he stored the fireworks along with homemade fireworks made of cardboard paper, hobby fuse, and flash powder, under a tent in his backyard.

The court document states it is unlawful to "transport, ship, cause to be transported or receive any explosive materials." Those allowed to transport such materials must hold an explosives license issued by the ATF.

ATF Special Agent Blake MacLearnsberry said in the court documents that on June 30, 2021, Los Angeles Police Department detectives received a tip about a person who was selling fireworks at his home. Later that day, LAPD officers discovered hundreds of boxes of fireworks in Ceja's backyard.

The LAPD Bomb Squad and detectives from the LAPD Major Crimes Unit were then called to the home and "deemed the fireworks an immediate public safety risk." Investigators were then given permission from Miraya Rivera, Ceja’s mother, to search the home.

LAPD Detective Dorrah told federal investigators the department discovered over 500 boxes of fireworks. Together, the explosives were said to weigh 5,000 pounds. The fireworks were found underneath a tent in the backyard and near cooking grills.

Upon searching the home, authorities also found an ignition fuse under Ceja's bed and on his bedroom desk. While in the home, they also found ziplock bags with papers written with different dollar amounts on them that they believed were indicative of firework sales.

While in the process of removing the fireworks from the home, an LAPD Bomb Squad investigator "determined that some of the homemade fireworks and improvised explosives were not safe to transport due to a risk of detonation in a densely populated area," the complaint said.

After residents were told to clear the immediate area or stay indoors, the bomb squad initiated the destruction of the homemade fireworks, ignition, and there was an explosion in the TCV," that "caused a massive blast radius on the block of 275h and 28th and San Pedro."

In the explosion, 17 people were hurt and multiple homes and vehicles in the area were damaged.

After Ceja was informed he would be released on bail, he agreed to a second interview with local and federal investigators. In that interview, he confessed to driving from Los Angeles to Nevada six or seven times in ten days to purchase and transport the fireworks, the document said.

"He stated that he would drive his car to Las Vegas, rent a truck or van from Enterprise or Penske in Las Vegas, buy fireworks in Nevada and transport them back to Los Angeles using the rented truck or van. Then Mr. Ceja would drive the rented vehicle back to las Vegas and pick up his personal vehicle," the complaint said. Ceja also started he purchased all of the fireworks from Area 51.

On July 2, a Cal Fire Bomb technician said the explosives were mostly consumer-grade fireworks that were purchased from multiple sellers in Nevada. The technician also said it was common for firework sellers in California to mark-up the price up to four times what they paid in Nevada.

In conclusion, the criminal complaint said there is probable cause to believe Ceja violated the United States code that makes it illegal to transport explosives without a license or permit.

It was initially reported that Ceja could also face child endangerment charges since his 10-year-old brother also resided in the home. However, that was not mentioned in the criminal complaint.