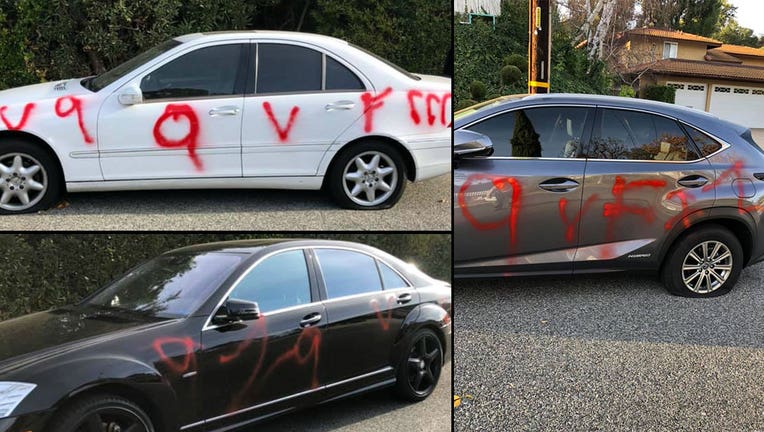 LOS ANGELES - Investigators arrested a man on Thursday in connection with a series of vandalisms that occurred throughout the West Los Angeles and Calabasas areas between December 14 and December 16, authorities said.

Israel Herrera Perez, 44, was arrested and booked into the LAPD Metropolitan Detention Center, in connection with the crimes, which included the spray painting of numerous vehicles and three schools in the Beverlywood, Pico-Robertson, Brentwood, and Westwood communities of Los Angeles.

Investigators said they were also able to connect Perez to similar acts of vandalism in Calabasas, where several dozen cars were spray-painted with graffiti and had their tires slashed.

No additional suspects have been identified at this time.