RIVERSIDE, Calif. - The Board of Supervisors on Tuesday approved $750,000 in funding for temporary shelter and other relief programs for undocumented immigrants brought into Riverside County by U.S. Customs & Border Enforcement and other agencies amid the ongoing border surge.

In a 5-0 vote without comment, the board authorized the Department of Housing, Homelessness Prevention & Workforce Solutions to distribute the funds as part of its Riverside County Asylum Seeker Response Program.

RELATED: HHS redirects over $2B in COVID-19 funds for migrant children in shelters

The allocation is intended to cover costs associated with "hotels and motels for isolation and quarantine, nutritional services ... and wrap-around services for asylum seekers impacted by COVID-19," according to HHPWS.

The agency will retain $450,000 to cover the county's direct expenditures, but the balance, $300,000, will go to the nonprofit Galilee Center in Mecca, which for the last two years has been providing shelter and related relief services for border crossers, officials said.

According to HHPWS, undocumented immigrants who are screened for COVID-19 and determined not to pose an exposure risk are "directly placed into Galilee's congregate shelter program" when federal agents release them from temporary custody. 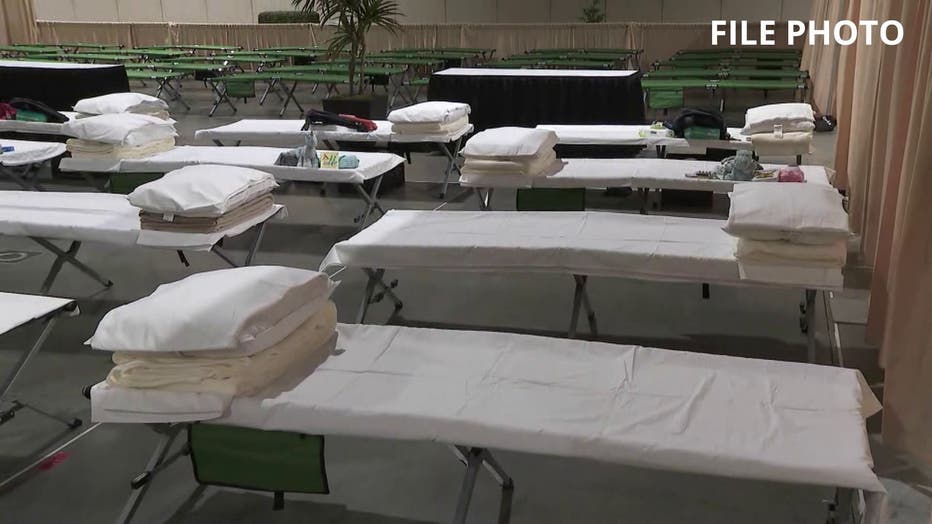 Those who are infected or who have had known exposures are turned over to the county for a 12-day isolation period in a hotel or motel, with healthcare, meals and other services provided at no cost to them by taxpayers.

According to the Executive Office, since early March, more than 2,300 migrants apprehended at the Mexican border have been released into the county by federal agents. Officials estimate that over the next six months, another 6,900 border crossers will arrive in the county.

"The impacts of the border crisis are being felt around the country," Rep. Ken Calvert, R-Corona, said earlier this month. "If the (Biden) administration shut off the green light to people flocking to this country, it would solve much of the problem."

Rep. Darrell Issa, R-Temecula, said last week via social media that, "at President Biden's urging, people from all over the world are illegally entering our country, advancing past those who play by the rules. "This crisis won't stop until we reinstate sensible border policies and make America's national security a top priority," he said.

The county's other congressman, Rep. Raul Ruiz, D-Coachella, has not directly addressed the current border surge, though, during the Trump administration, he was a frequent critic of how migrants were treated at receiving centers in Texas and other locations.

Ruiz sponsored the legislation, which ultimately stalled in the Senate, that sought to establish clear health and welfare standards to ensure there is "humanity to our treatment of children and families seeking asylum."

According to HHPWS, it is likely that the county will be able to recover most or all of the outlays for the migrant relief services by way of federal reimbursements, including funds from the $1.9 trillion American Rescue Plan Act signed into law in March.