As the big game comes to Inglewood, Snoop Dogg made an appearance on the Super Bowl LVI hype video.

INGLEWOOD, Calif. (CNS) - With Super Bowl LV already a memory, the Southland is already looking ahead to Super Bowl LVI at SoFi Stadium in Inglewood, and the local host committee Tuesday unveiled the official logo for the game.

SoFi Stadium in Inglewood is hosting next year’s Super Bowl

The logo mirrors the overhead silhouette of the stadium, and proclaims Los Angeles as "Host of Super Bowl LVI," with the accompanying tagline, "Champions Shine Here." 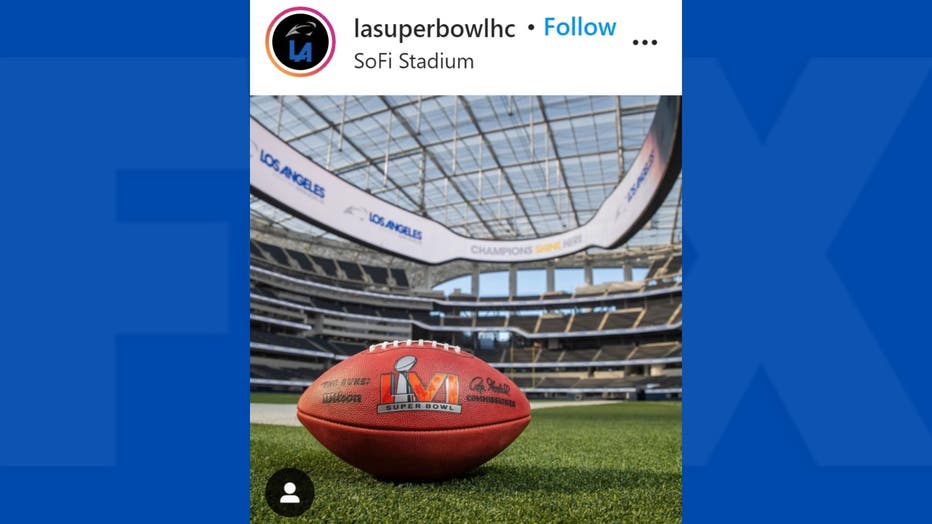 "Tuesday more than ever the Super Bowl stands for hope and perseverance," Casey Wasserman, chairman of the Los Angeles Super Bowl Host Committee, said in a statement. "We are proud and excited that Los Angeles will once again host the nation's biggest sporting event, however it's the promise of recovery and opportunity that Super Bowl LVI brings to our city's people and industries that reigns supreme."

NFL Commissioner Roger Goodell added, "Since Los Angeles hosted the first Super Bowl back in 1967, the Super Bowl has become a spectacle larger than the league could have ever imagined. The return of the Super Bowl to this region is in large part thanks to (Rams owner) Stan Kroenke's commitment to delivering this game-changing project at Hollywood Park."

The last time the Super Bowl was played in the Southland was 1993 at the Rose Bowl in Pasadena. Kroenke urged fans to commit to safety for the coming year to ensure full attendance at the Super Bowl in February 2022.

"We ask that fans continue to do all they can to stay safe so that we can be together next year at SoFi Stadium," he said. "Aside from the great competition and entertainment that are hallmarks of Super Bowl, we look forward to celebrating the many front-line workers who are already making this event possible through their amazing sacrifices and commitment."