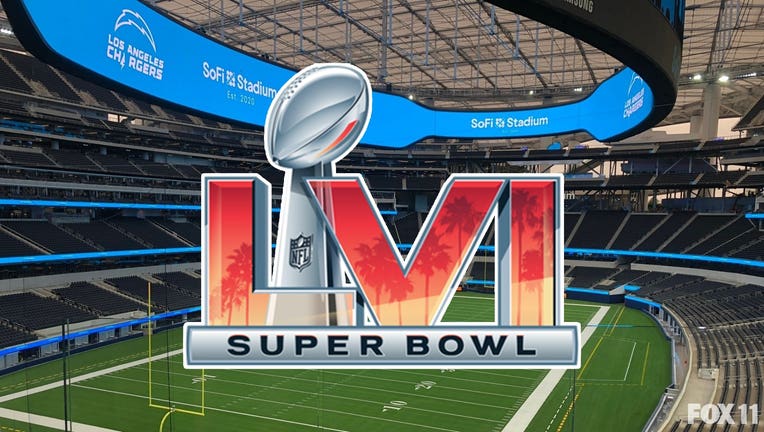 INGLEWOOD, Calif. - Los Angeles County is less than two weeks away from hosting Super Bowl LVI, but despite walk-off field goals and overtime wins so far during these playoffs, a lot of the buzz around the game is surrounding its logo.

It's a simple enough logo, and very LA, featuring the Roman numerals with the shadows of palm trees at sunset inside. Some who've been watching the NFL playoff coverage this year though, have noticed that under the right light, the logo looks much more ominous.

A number of people on social media have pointed out that the red sunset, combined with the shape of the palm tree silhouettes makes it look like the logo got into a fight and lost. "I'm not a sports fan, so please explain why this year's [Super Bowl] logo is spattered in blood," one Twitter user wrote. One person said the logo looked like it had been "involved in something grisly," another said it looked like a promotion for "a cheesy '80s horror movie."

One user even commented that the logo looks like "[Tom] Brady's bloody lip." The Tampa Bay Buccaneers quarterback was seen sporting a bloodied lip during Sunday's divisional game against the Los Angeles Rams, a game which the Rams won 30-27.

Not everyone saw a grisly crime scene or blood splatter. Some called the logo an improvement over logos from years past. Since 2011's Super Bowl XLV, the game's logo has been a monochromatic affair, with the Lombardi Trophy towering over the game's number. This year's attempt at color may have missed the mark for some, but it hasn't made anyone in LA less excited to host the game.

RELATED: Things to do Super Bowl week in Los Angeles