LOS ANGELES - State regulators announced Friday they have asked the U.S. Environmental Protection Agency to declare the abandoned Exide battery- recycling plant in Vernon a federal Superfund site, a move that would free up funding for cleanup efforts and expedite the process.

Cleanup and remediation efforts have been under way for years, and while those efforts have progressed in recent months, there's a lot more work to be done.

"We were just announcing a milestone of 3,000 properties remediated at the end of December, and now we're closing in on 4,000. It's remarkable," Meredith Williams, director of the state Department of Toxic Substances Control, told reporters during a teleconference Friday.

Jared Blumenfeld, secretary of the California Environmental Protection Agency, called the Exide property one of the most heavily lead-contaminated sites in the United States.

Declaring it a Superfund site would place it on a National Priority List for cleanup, potentially freeing up millions of federal dollars to speed cleanup efforts.

Martha Guzman, U.S. EPA regional administrator for the Pacific Southwest, said the agency will begin a "rulemaking process" to consider the state's request to make Exide a Superfund site. 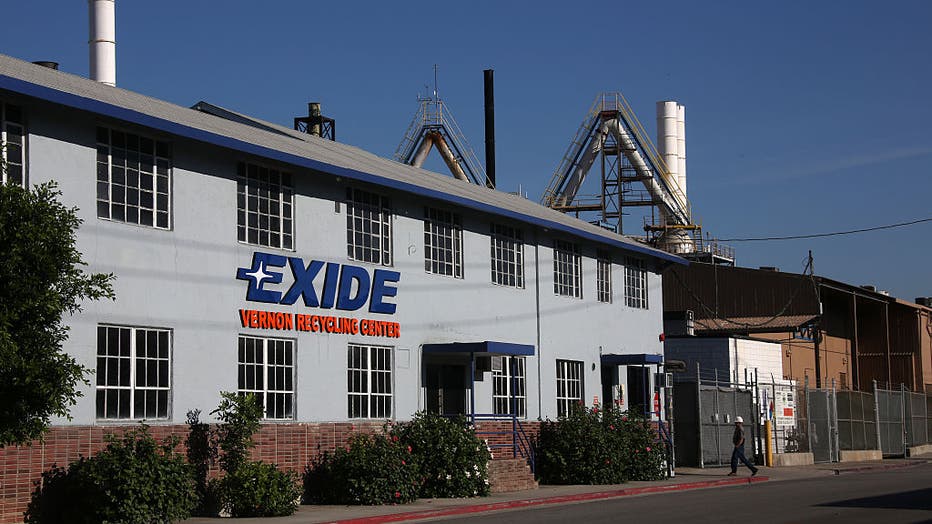 "EPA and DTSC have already made a significant investment working with the surrounding impacted communities, local and federal officials, and public health officials by ordering the Exide facility to close, implementing the investigation and cleaning up of the facility, including 3,746 surrounding residential properties and overseeing the decontamination and deconstruction of the two remaining buildings of the lead battery processing and smelting operations at the facility," Guzman said in a statement. "While we move through the Superfund listing proposal process, EPA will continue to support DTSC's implementation of the Closure Plan and cleanup work in the community. For many years our two agencies have worked together at a variety of sites, and we look forward to our roles as co-regulators continuing."

In 2015, the U.S. Department of Justice agreed not to prosecute Exide for violations of hazardous waste law in exchange for safely shutting down the Vernon facility and cleaning up related contamination, including lead found in the soil of surrounding homes.

When Exide closed the lead-acid battery recycling plant, it committed to pay $50 million for cleanup of the site and surrounding area. Of that amount, $26 million was meant to be set aside for residential cleanup.

But in late 2020, a bankruptcy court judge approved a settlement agreement allowing Exide to formally abandon the Vernon facility without further liability. Under the agreement, a bond of $11.16 million was issued in connection with liabilities related to the Vernon site.

"While Exide has walked away from its responsibility to clean up its decades of toxic pollution, California has stepped in to do right by this community and address the remnants of an industrial past that threatens the health of the most vulnerable among us," Gov. Gavin Newsom said in a statement. "Today's announcement will take our efforts to the next level, as we aggressively pursue federal funds made available by President Biden's Bipartisan Infrastructure Law to further this critical work."

In 2016, then-Gov. Jerry Brown allocated $176.6 million to expedite and expand the testing and cleanup of homes, schools and parks near Exide. The funding was expected to begin the process but not finish the work. In 2020, an auditor found that even high-risk properties like child care centers and schools had yet to be cleaned and only about 2,000 residential properties in the area were cleaned.

The Exide plant opened in Vernon in 1922 and operated for years despite continuing environmental violations.

"Under the Trump Administration, the EPA and the U.S. Department of Justice negotiated a bankruptcy court settlement with Exide that falls hundreds of millions of dollars short of estimated cleanup costs -- absolving Exide from all wrongdoing and leaving the state of California and its taxpayers to pay to clean up decades of lead and other toxic contamination deposited in Eastside and Southeast neighborhoods," county Supervisor Hilda Solis said in a statement. "As supervisor for the First District, I strongly objected to the settlement because it failed to hold Exide accountable. However, this action helps turn the corner on that mistake.

"... Our communities have suffered for too long and it is imperative that we move quickly to expedite this long-overdue effort to address this public health crisis," she said.