The family of Mona Rodriguez is calling for justice for the teen mother shot to death by the school resource officer in Long Beach.

LONG BEACH, Calif. - The family of an 18-year-old woman who was shot in the head by a Long Beach Unified School District resource officer are demanding justice and calling for the arrest of the officer.

Mona Rodriguez was shot near Millikan High School Monday afternoon. According to a statement from Long Beach Unified School District, the resource officer was responding to an alleged fight between Rodriguez and a 15-year-old girl. When Rodriguez, a man and a boy tried to leave the fight scene in a gray car, the school resource officer opened fire, hitting her.

Rodriguez was taken to the hospital and put on life support. During a press conference Friday, her family said she will be taken off life support within 24 to 72 hours. Her brother Oscar said her organs will be donated to those in need. 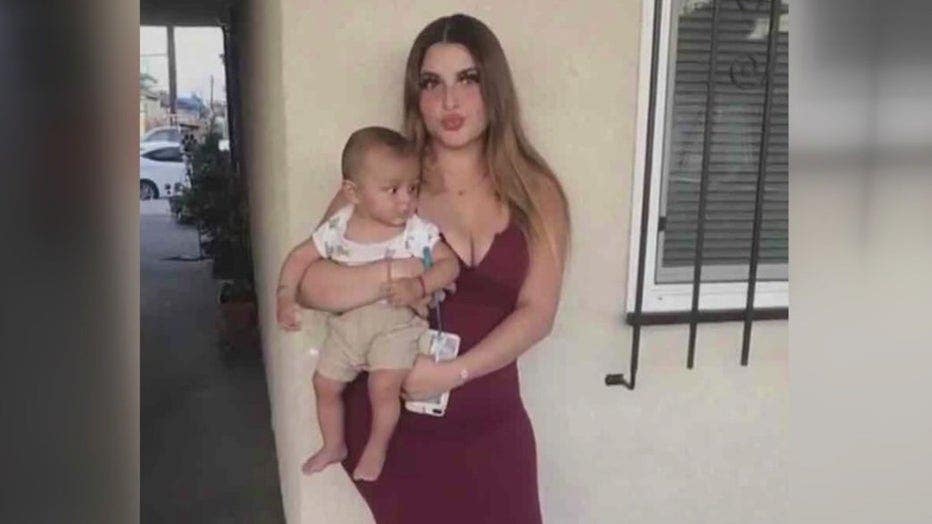 "What happened to my sister wasn’t right, and we all know it. I just want justice for my sister, she didn’t deserve this, nobody deserves this. I don’t even wish death on the officer who killed my sister. All I want is for him to see what justice feels like cause it’s not fair," he emotionally stated.

Mona Rodriguez's family refused to endorse or associate themselves with the protest planned for Sunday demanding justice for the young mother shot by a school resource officer. The Rodriguez family urged the public to maintain peace, not take to streets to protest.

"Justice for this family means that this criminal cop gets arrested as soon as possible because not only did he commit a horrible crime, destroyed an entire family, he not only destroyed Manuela’s brain.. he destroyed the entire family. He has to be put in prison right away to protect the community," exclaimed attorney Luis Carrillo.

Carrillo has sent a letter to Bonta asking for an independent investigation. During Friday’s press conference, Carrillo said he doesn’t believe the LA County Sheriff’s Department, Long Beach Police Department or DA Gascón will conduct a thorough investigation, and that is why he is calling on Bonta to investigate at the state’s highest level.

The officer has not been identified publicly. The shooting is being investigated by the Long Beach Police Department and the Los Angeles County District Attorney's Office.