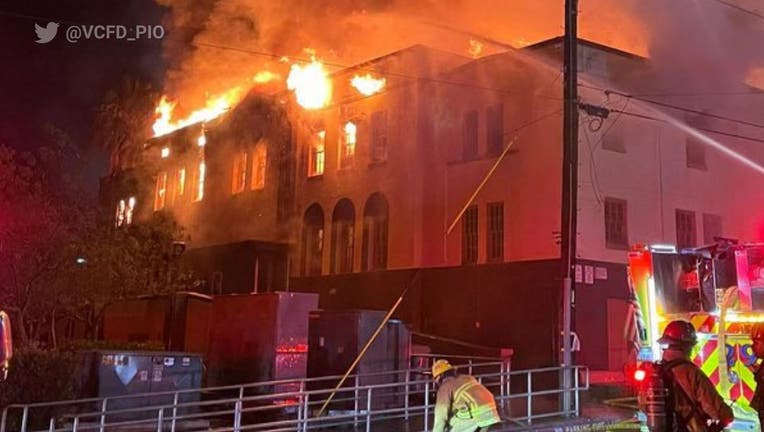 SANTA PAULA, Calif. - The gymnasium at Santa Paula High School in Ventura County was destroyed by a fire over the weekend, forcing classes to be canceled early this week.

The fire was reported shortly before 1 a.m. on Sunday, Nov. 27, in the school's Bryden Gym, which was built in the 1930s. Crews worked throughout the night to put the fire out, using a deck gun and aerial shots of water to help put out the flames.

Firefighters worked into Sunday afternoon to put out all the hot spots. The fire caused one wall of the gym to collapse, and briefly caused power outages and road closures in the area. Several nearby homes were also briefly evacuated, according to Santa Paula PD's Don Aguilar.

The damage forced the high school to cancel classes on both Monday and Tuesday. School officials said they would have updates for Wednesday's classes "soon."

Police are still investigating the cause of  the fire, including collecting footage from nearby security cameras. Anyone with any info about the blaze was asked to call the Santa Paula Police Department at 805-525-4474.