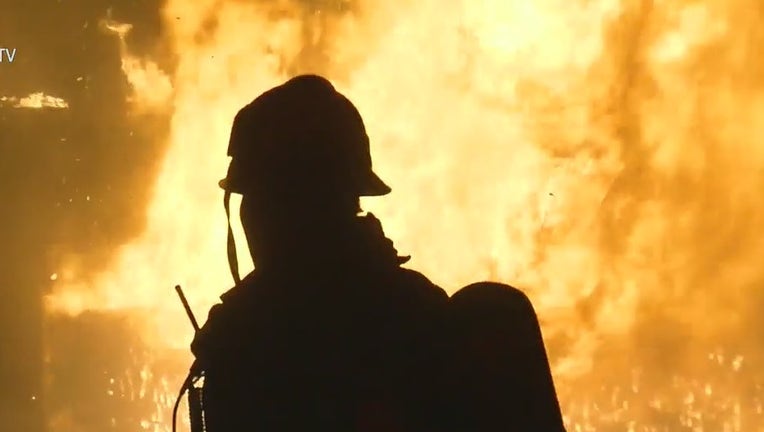 City firefighters knocked down a massive fire that erupted in a commercial building in South Los Angeles on the morning of March 2.

The fire erupted at the building located in the 2700 block of South Long Beach Avenue just before 3:40 a.m. in the Alameda-Central neighborhood, according to the Los Angeles Fire Department.

To knock down the flames, 144 firefighters were called to the scene.

By 5:30 a.m., crews were in defensive mode to prevent the fire from spreading to nearby homes.

The roof has collapsed as a result of the blaze.

LAFD said the fire was knocked down in under two hours.

The building was vacant at the time and no injuries were reported.