RIVERSIDE, Calif. - Riverside County Sheriff Chad Bianco is blasting Gov. Gavin Newsom for hypocrisy and government overreach and says his department won't enforce a renewed coronavirus lockdown order from the state, which is expected to come down as early as Sunday.

With a record number of COVID-19 patients in Riverside County hospitals, and ICU bed space tightening statewide, the entirety of Southern California is on the verge of falling under a state-mandated "regional stay-at-home order."

Newsom announced plans for the order on Thursday, saying it will be imposed in areas where ICU bed availability drops below 15%. The order will force the closure of some businesses, while again barring gatherings of people from multiple households.

The order will go into effect at 11:59 Sunday if ICU bed capacity is below 15% after Saturday's update.

Newsom said that counties that did not enforce the lockdown order would have state funds redirected to those that did.

This prompted Bianco to accuse Newsom of having a "dictatorial attitude" and acting "extremely hypocritical" in a video posted on YouTube on Friday. 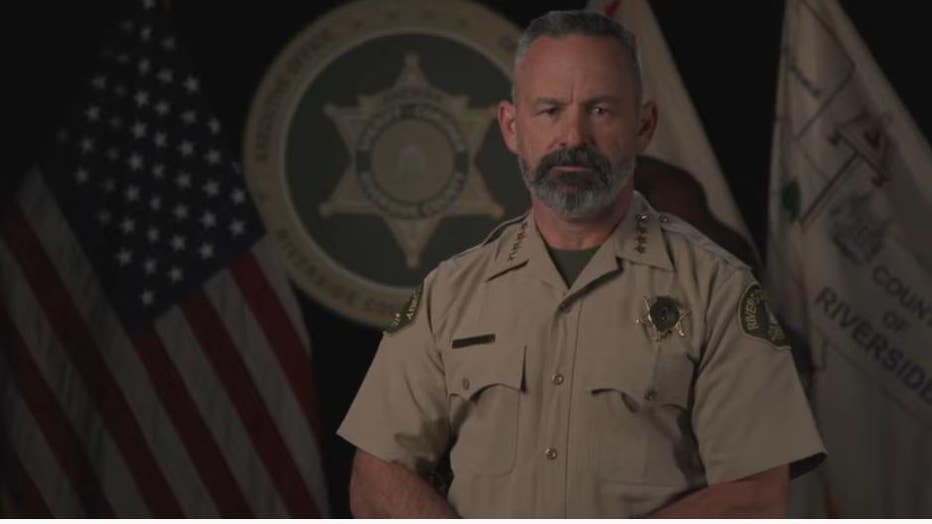 "Ironically, it wasn't that long ago that our same governor loudly and publicly argued how wrong it was for the president of the United States to withhold federal funding from states not complying with federal laws," Bianco said.

He called the prospect of a new stay-at-home order "flat-outridiculous," saying it would be "disastrous" for the county.

He also questioned the validity of the metrics the state was using to determine what regions should shut down and said his deputies would not enforce lockdownorders should they be imposed.

According to Bianco, the sheriff's department's approach to the new orders would remain the same it has throughout the pandemic.

"The Sheriff's Department is asking and expecting Riverside County residents to act responsibly and do what they can to protect themselves andtheir family from contracting the virus," he said.

"The Riverside Sheriffs' Association (RSA) wholeheartedly agrees with and backs the sentiments expressed by Sheriff Chad Bianco in his December 4, 2020 video.

The RSA repeats what we previously said in May regarding calls for the Sheriff's Department to use criminal laws to enforce health orders: We do not believe that to suppress the virus we should replace inmates in jail with business owners, single moms and healthy individuals who are expressing their constitutional rights," the statement read.

"To do so would not only unnecessarily waste precious law enforcement resources, but it would also contribute to a breakdown of trust between law enforcement and the residents we serve."

The number of COVID-19-positive hospitalizations countywide increased by nine, up to 658 on Friday, compared to 649 on Wednesday, including 135 intensive care unit patients -- 11 more than a day earlier.

In the days since, the numbers have continued to rise.

The county Emergency Management Department has not reported any medical facility at or over capacity.

However, the CEO of Riverside University Medical Center in Moreno Valley told City News Service on Wednesday that bed space could become an issue if the current trend continues, despite extensive preparations for a second-wave surge.

Staffing shortages are also growing concern at the hospital, which is the largest treatment facility in the western county region.