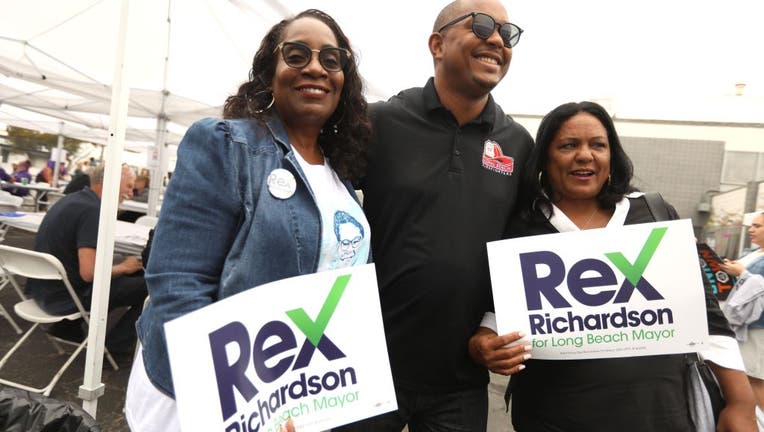 "The votes are still being counted in all of the LA County races, including the Long Beach mayor's race. And, although there remain an unknown number of votes still to be tallied, the trend is going in the wrong direction for our campaign," Price said in a statement. "It appears that the people of Long Beach have spoken and selected Vice Mayor Richardson as our next mayor. I wish him nothing but success on the journey ahead.

"I am incredibly proud of the campaign that we ran and how hard each and every one of our supporters, staff, friends and family worked to fight for what they believed in. As a young kid trying to learn a new language in a new country, I could never have dreamed of running for mayor in one of this country's greatest cities. This is the essence of democracy and the heart of the American dream.

"I love the city and will always work hard to make it a better place," added Price, 49.

"Long Beach voters had a choice between two public servants who have worked every day to make our communities a better place to work, live, and raise a family," he said. "I want to commend Council member Suzie Price for sharing her ideas for the future of our city. She and I share a love for Long Beach and want to ensure every resident is safe and thriving. I look forward to collaborating with her and her supporters to unify our city and move us forward. As Long Beach's next Mayor, I will focus on tackling our city's biggest challenges and working daily to make City Hall more responsive to residents' needs. I look forward to getting started with our transition."

A former student body president at Cal State Dominguez Hills and union organizer, Richardson became the youngest person to serve on the Long Beach City Council after his election in 2014.

He lives in North Long Beach with his wife and two daughters. He is expected to be sworn in on Dec. 20.

Price, a former criminal prosecutor and victims' rights advocate, was also elected to the Long Beach City Council in 2014.