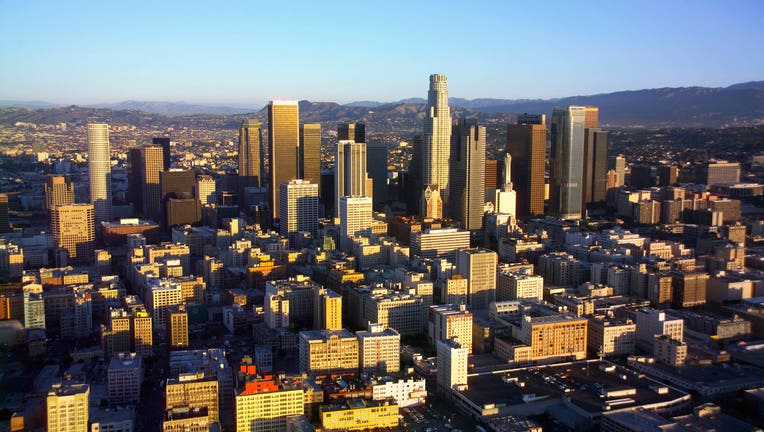 LOS ANGELES - Thousands of Los Angeles apartment owners who are required to strengthen their properties against earthquakes haven't begun the work, and a few hundred haven't even submitted the initial paperwork, a nonprofit news organization reported Tuesday.

Crosstown, which is based out of the USC Annenberg School for Communication and Journalism, reported that local contractors have been flooded with calls from property owners needing to complete retrofits, in the wake of powerful July 4-5 Ridgecrest quakes that were felt in Los Angeles and throughout Southern California.

Of the city's more than 12,000 apartments considered at risk of earthquake damage, about 9,700 building owners have filed at least the initial permit applications to begin work, according to data gathered by Crosstown.

About 2,200 have hired contractors and have projects underway. And 269 owners, according to Los Angeles Department of Building and Safety data, haven't done anything thus far.

About 10 percent of the total apartments have completed the retrofitting process, which can get pricey. Retrofitting of "soft-story" structures can cost upwards of $130,000 for wood-frame buildings and millions

of dollars for larger concrete buildings. The city does have programs that focus on cost recovery for owners, but there are no programs that provide up-front financial assistance, according to a Los Angeles City Council motion approved in March 2018.

Crosstown analyzed Building and Safety's compliance report on soft-story and non-ductile concrete retrofit program status as of July 10. Through public records requests, the organization said it obtained a spreadsheet of apartment buildings whose owners were past due to submit a retrofitting plan as of July 10.

The city's mandatory retrofit ordinance gave building owners two years to submit a retrofitting plan and another 18 months to find a contractor and start reinforcing the building.

A City Council committee that was briefed in March on seismic upgrades in roughly 15,000 buildings was told that 14 percent of soft-story wooden structures were compliant as of that date, but none of the affected concrete buildings had been retrofitted.

Once the work is completed, an owner can recover 50 percent of the cost through the city's Seismic Retrofit Program. But if the work cannot be completed within the time frame, the building could be demolished and impact the city's effort to maintain as much of its affordable housing as possible at a time of rising homelessness and spikes in the cost of renting or owning a home, according to the council motion passed last year.