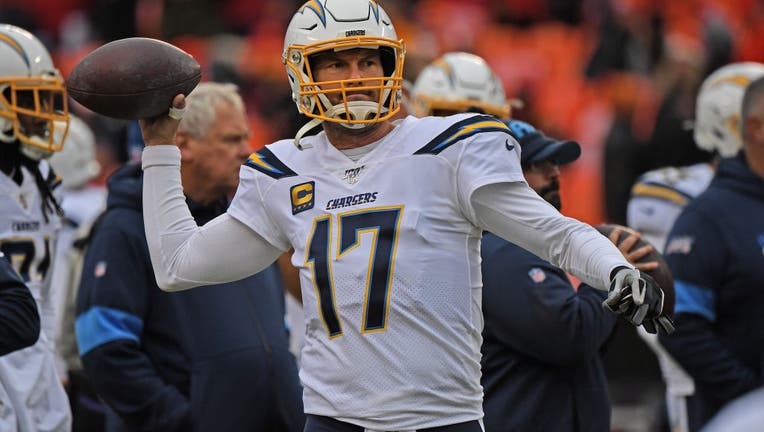 Retired quarterback Philip Rivers has won the Pro Football Writers of America's Good Guy Award for his cooperation with reporters.

Rivers, who retired at 39 after one season with Indianapolis in 2020 following 16 years with the San Diego and Los Angeles Chargers, earned praise for consistently tackling all topics, even in a Zoom setting, and offering answers with perspective, wit and originality during his career.

The Good Guy Award is given to an NFL player for qualities and professional style in helping pro football writers do their jobs. The award has been presented annually by the PFWA since 2005.

"Throughout his career, in good times and bad, Philip Rivers was unwavering in his professionalism in dealing with the media," said Sam Farmer, a Los Angeles Times writer and 2019 PFWA Career Achievement Award winner. "He was accessible and thoughtful, and more than that, he was a really good guy. That set the tone for the entire locker room and, by and large, his teammates followed his lead."

Rivers led the Colts to the playoffs last season, throwing for 4,169 yards and 24 touchdowns. Indianapolis lost to Buffalo in an AFC wild-card game. He led the Chargers to the playoffs seven times, reaching the AFC championship game once.