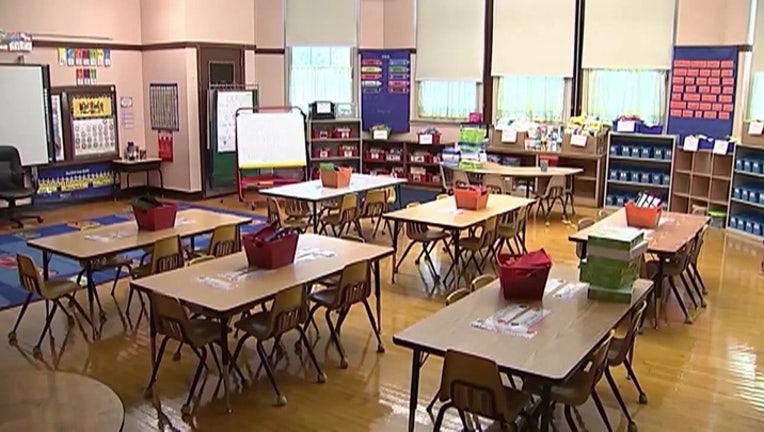 LOS ANGELES - Los Angeles Unified Superintendent Austin Beutner released a statement Friday, saying in part that "political stunts will not reopen schools" after a city councilmember announced plans to introduce a motion asking the city attorney to explore legal options for forcing the district to reopen its campuses for in-person learning, despite the continuing COVID-19 pandemic.

"Grandstanding political stunts like this are precisely why schools in Los Angeles remain closed. Elected leaders from Sacramento to Los Angeles City Hall need to put deeds behind their words and take the steps necessary to actually put schools and the children they serve first," Beutner wrote in the statement.

The proposed legal action was presented by LA City Councilman Joe Buscaino, who said he plans to submit a resolution to the full council next week.

"I stand with the 1,500 pediatricians in Southern California as well as the director of the (Centers for Disease Control and Prevention) who are calling for the safe reopening of our schools,'' Buscaino said in a statement Thursday.

The Southern California Chapter 2 of the American Academy of Pediatrics, which represents 1,500 pediatricians, released a statement Wednesday calling for schools to reopen.

Beutner said that LAUSD schools are ready to reopen, and have been for months. He said they want nothing more than to welcome kids back to the classroom safely, "but we cannot break state law to do so."

"What we cannot control is the community spread of COVID-19 in the Los Angeles area, which has not for one single day since the beginning of the crisis met the state standards for school reopening," Beutner said. "Schools cannot reopen because the communities we serve have had persistent infection rates higher than the state COVID standard which must be met for schools to reopen."

Public school campuses have remained largely shuttered because LA County is still in the most restrictive "purple" tier of California's COVID-19 economic-reopening roadmap. Under those restrictions, schools are permitted to offer in-person instruction only for limited numbers of high-needs students.

Schools and school districts can also seek waivers from the county to provide in-person instruction for students in pre- kindergarten through second grade. The LAUSD, however, has not sought any of those waivers.

Beutner noted that authorities in San Francisco worked together and brought the rate of infection under control and the area has for some time met the state standard for school reopening.