Authorities sought public help to find a man who stole a number of parcels after they were delivered to locations in the Melrose area over the weekend.

LOS ANGELES - Authorities Friday sought the public's help to find a man who stole a number of parcels after they were delivered to locations in the Melrose area over the weekend.

The Los Angeles Police Department released security video of the suspect, described as white or Hispanic, in his 30s, about 5 feet 10 inches tall, and weighing about 200-220 pounds. His vehicle was described as a late 1990's Mercury Mountaineer.

“On Saturday ... a delivery truck making deliveries in the Melrose district is followed by an unknown suspect who removes the parcels after the driver leaves,” an LAPD statement said. 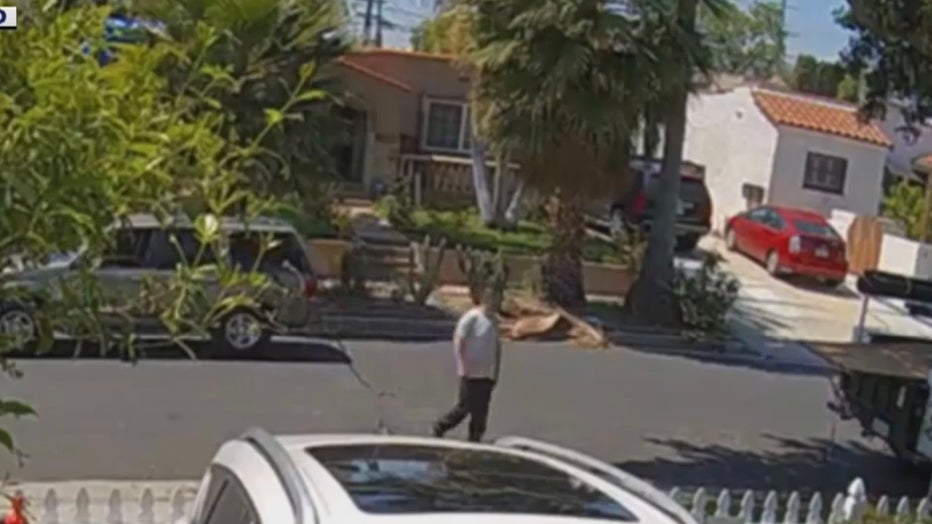 During subsequent interviews with delivery personnel, it was discovered that due to the COVID-19 outbreak, drivers have been encouraged and/or instructed not to touch doorknobs, gate latches or any surface that could be frequently touched by another person,'' police said.

Some packages are being placed near sidewalks, making it easier for the suspects to approach and remove, police said.

“Detectives would like to remind employees of delivery companies to be aware of their surroundings,'' police said. ``If one thinks they're being followed, divert your route to confirm a vehicle is indeed following the delivery truck, then notify the police.”

Also, police encouraged residents to arrange for alternate delivery locations that are more secure, such as a post office or place of employment, or to install a secure delivery box at their residences.