A driver is in custody after leading police on a lengthy and intense chase across the San Gabriel Valley in a possibly stolen Kia.

FONTANA, Calif. - A driver is in custody after leading police on a lengthy chase across the San Gabriel Valley in a possibly stolen Kia Wedesday night.

SkyFOX was over the chase scene as the suspect, driving a Kia Soul, was leading officers on the chase.

At one point during the wild chase, the suspect drove across a gas station parking lot to swerve and evade multiple police cruisers, forcing the Kia's bumper to fly off the vehicle.

'Bumper is gone!' Small piece of Kia flies out as driver evades police 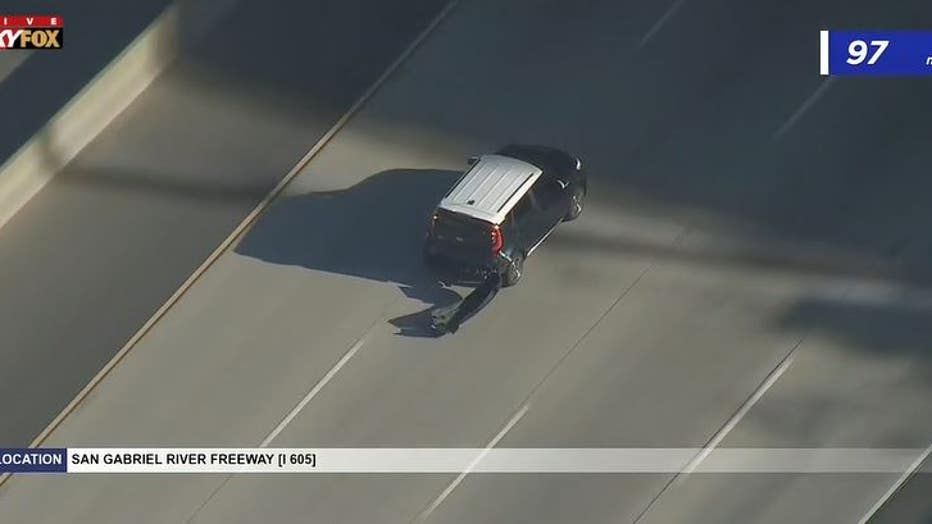 The chase started in Fontana before the suspect made their way to the San Gabriel Valley.

Officers eventually stopped the Kia before forcing the suspect out of the car and into the back of a police cruiser. 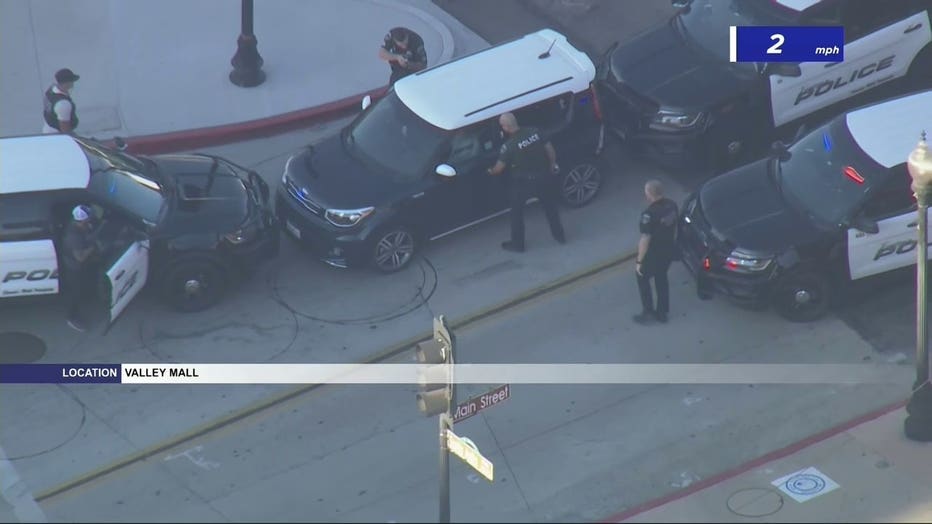