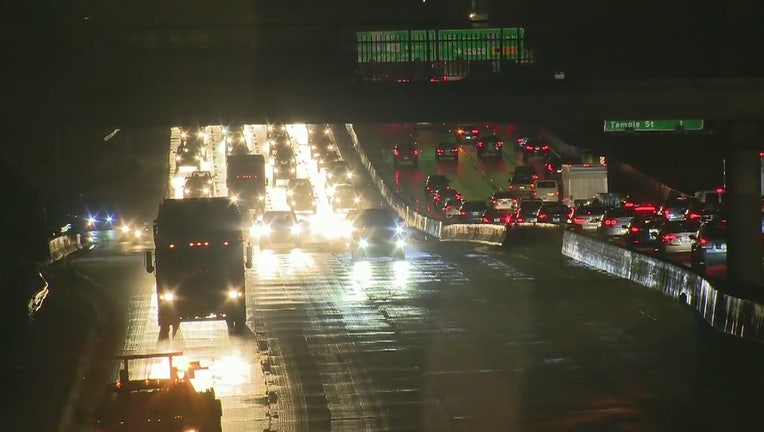 LOS ANGELES - Rainy weather moved into the Southland Tuesday as a result of a Pacific storm that is expected to last through the rest of the week.

Downpours, thunderstorms and small hail are expected Tuesday and Wednesday, according to the National Weather Service.

• Preparations for the rain in California wildfire burn areas

The snow impact from this storm is expected to be minimal, with snow levels at or above 7,500 feet.

LAX officials reported flight delays were possible due to high winds and encouraged passengers to stay updated on their flight status.

Strong easterly winds caused a pattern reversal for planes taking off at LAX.

A high of 63 degrees was forecast for Tuesday in downtown Los Angeles, rising to 67 on Wednesday and 70 on Thursday.

In Orange County, Tuesday's high in Anaheim was expected to be 65degrees, rising to 69 on Wednesday and 70 on Thursday.